Protest against this vile man's State Visit
http://www.protest-the-pope.org.uk/
Want to reply? Log in or register as a new user • Send to a friend • Report message to moderator

He's a vile man because he
a. is basically in charge of an international paedophile ring - he refuses to address the many cases of abuse of children within the catholic church.
b. Opposes the distribution of condoms - even in regards to stopping the spread of AIDS.
c. Promoting segregated education - bye bye evolution, hello Adam and Eve.
d. Believes in denying abortion - even in extreme cases
e. Opposes equal rights for lesbians, gay, bisexual and transgender people
f. denies the Nazi use of gas chambers in the holocaust.

There is not a shred of evidence that the Pope is in charge of "an international paedophile ring".

This Pope has made it clear that the Church worldwide has not always handled allegations correctly and much has changed in recent years.

Benedict XVI never denied "the Nazi use of gas chambers in the holocaust".

Indeed the Holy Father has been to the Holocaust Memorial in Jerusalem and also visited the former Nazi death camp at Auschwitz which he called a "place of horror”.

Free debate is good but exaggeration does not help anyone's cause.
Want to reply? Log in or register as a new user • Send to a friend • Report message to moderator
nomad
Wednesday 8 September 2010 3.05pm
Is this an anti-Pope or anti Roman-Catholic thread,what ever your views on the Present Pope and the teachings of the Catholic Church, Roman Catholic Churches are full on sundays, there has been a Roman Catholic Church presence in S.E. 1 for generations.
The Priests living, serving and in deed dying in the Community as some of the Priests from Dockhead Church did in the Blitz.
The Church and the Catholic Charity Cafod do tremendous work here and abroad.

The Pope should be treated as any other State Leader, but the animosity shown on this thread, suggests a difficult time for those organising the visit and events .
Hopefully those who wish to celebrate their Religious faith at one of the Open-Air Masses will be allowed to do so.
Want to reply? Log in or register as a new user • Send to a friend • Report message to moderator
Ivanhoe
Wednesday 8 September 2010 3.31pm

nomad wrote:
The Pope should be treated as any other State Leader,

If we're saying that The Vatican is a state, then TP should be treated with approximately the same amount of pomp as, say, the leader of San Merino or Andorra.

I'd have thought that TP's main claim to fame would be as a religious leader, rather than as a state leader. In which case, I'd expect him to be given the same sort of reception as, say, the Dalai Lama or similar.

[And love him or loathe him, I'd advise uprated suspension on the Popemobile, or a thick cushion, if he's planning to cross Lambeth Bridge at any speed on his driveabout. It's quite bumpy across there for an old bloke.]


...if you press it, they will come.
Want to reply? Log in or register as a new user • Send to a friend • Report message to moderator
eddglynn
Wednesday 8 September 2010 3.49pm

nomad wrote:
The Church and the Catholic Charity Cafod do tremendous work here and abroad.


Well, it's not really charity if it's got strings attached, now is it? It's PR.
Want to reply? Log in or register as a new user • Send to a friend • Report message to moderator
nigel
Wednesday 8 September 2010 4.01pm 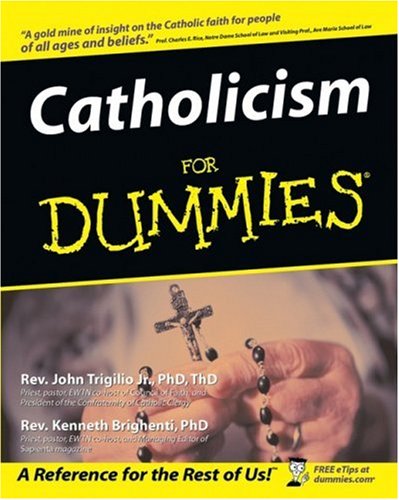