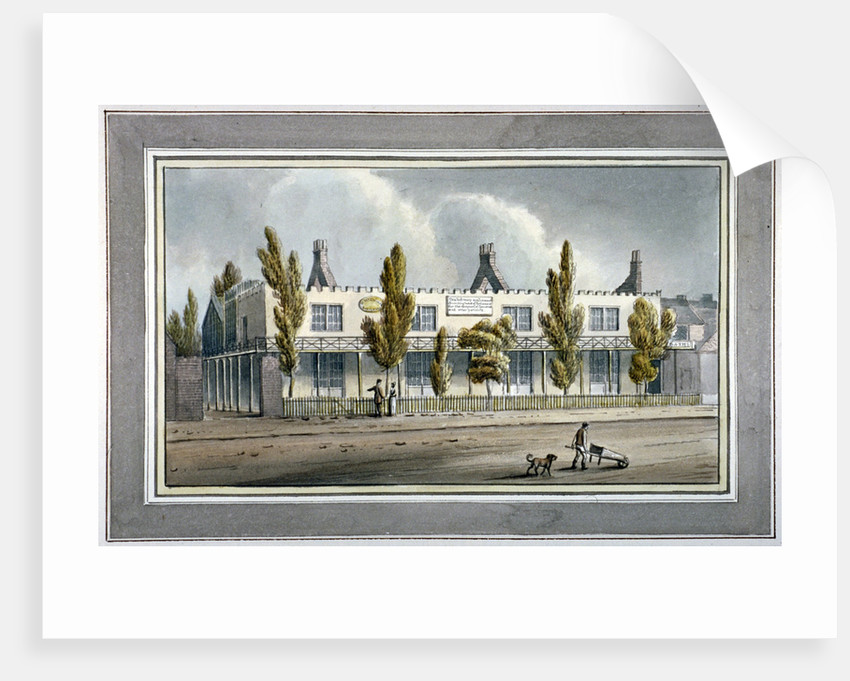 Want to reply? Log in or register as a new user • Send to a friend • Report message to moderator
Jan the old one
Monday 16 April 2018 6.35am
Interesting Valerie , the only Infirmary I know aabout was Surrey infirmary corner of trinity street and Falmouth rd. Great what we find out on this site.
Want to reply? Log in or register as a new user • Send to a friend • Report message to moderator
Lewins
Tuesday 17 April 2018 7.30pm
I only remember the street as it was in the late fifties and early sixties. There was a bomb site on the left hand side more or less where Trinity School was situated. Families went there on Guy Fawkes night and set off fireworks behind the shops behind the junction of Harper Road.
Just to add, there was a row of shops between County Terrace and Arnott Street, then came Joseph Lancaster School next to Ripley Road. On Harper Road there was a newsagents, cum sweetshop called Warrens, owned by two impeccably dressed sisters. You could buy two ounces of sweets at a time, or a quarter if you were flushed. If the scales tipped slightly in your favour, one of them would quickly find a pair of scissors and cut one of your sweets in half till they found the perfect balance!! They later moved to another shop off NewKent Road (Bartholemew Street, not sure)?
A few doors along, was Mrs. Winch. She had a sort of dairy allsorts shop. You could get bottles of coffee there, was it Bev or Camp? I'm sure Jan will know. Anyway, she had a famous daughter called Betty Winch, but you will remember her more as Elizabeth Fraser (Liz), from the Carry On Films. She was a stunning looking, smartly dressed young woman, wearing those lovely flared spotted dresses from the late fifties. Often walked her dalmation dog along Harper Road.
A few yards into Arnott Street, was Old Tom's (or that's how everyone knew him). I think the front window had one of those boards that you could attach to the frontage when the shop was closed.
Almost opposite, by The Rising Sun Pub, which I believe was the start of County Street, was a butchers and a Co-op. They used to issue tin cheques (the Co-op that is), with your food as a divi (dividend) to act as a discount on further purchases. Sold biscuits from tins and jars, the broken biscuits being very popular. Money being very scarce after WW2 rationing.
By the way, I seem to remember it as County Street and County Terrace, but not as County Street Terrace. The latter must have been in earlier times as an earlier post states.
Want to reply? Log in or register as a new user • Send to a friend • Report message to moderator
denis loretto
Sunday 23 February 2020 8.13pm
.....and the replica fourth plinth is no more - a pile of rubble as reported in the news section of the SE1 website.

One other interesting thing in this immediate area is the rough wall around the section of of the Ark Globe Academy on the corner of Harper Road and County Street. Some lettering can be seen on one of the stones. Was this constructed from rubble left from the blitz?
Want to reply? Log in or register as a new user • Send to a friend • Report message to moderator
Pages:  Previous1 2
Current: 2 of 2