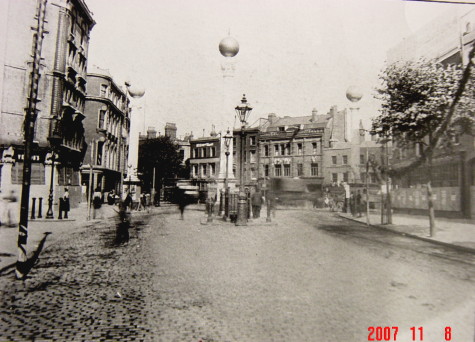 "Photo showing Queens Buildings Scovell Road in 1902 with obelisks erected for Edward VII coronation. The photo also shows the underground gents convenience which stood in Borough Road. Also many landmarks including SHIP public house and HORSESHOE public house which was severely damaged by the blast of the V2 rocket that devastated the London Sessions in 1944." 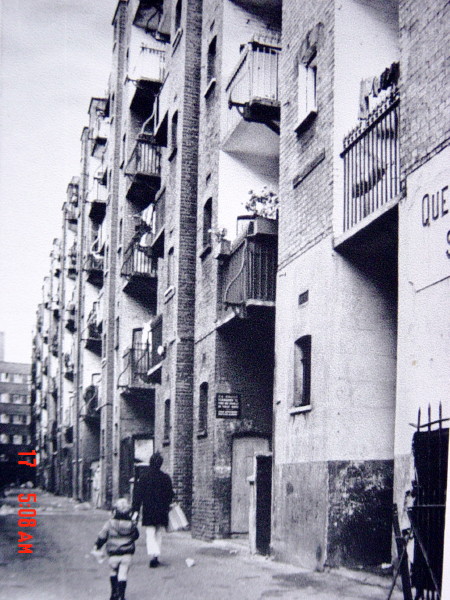