600 metres of segregated cycle lane on Baylis Road in Waterloo have been completed. 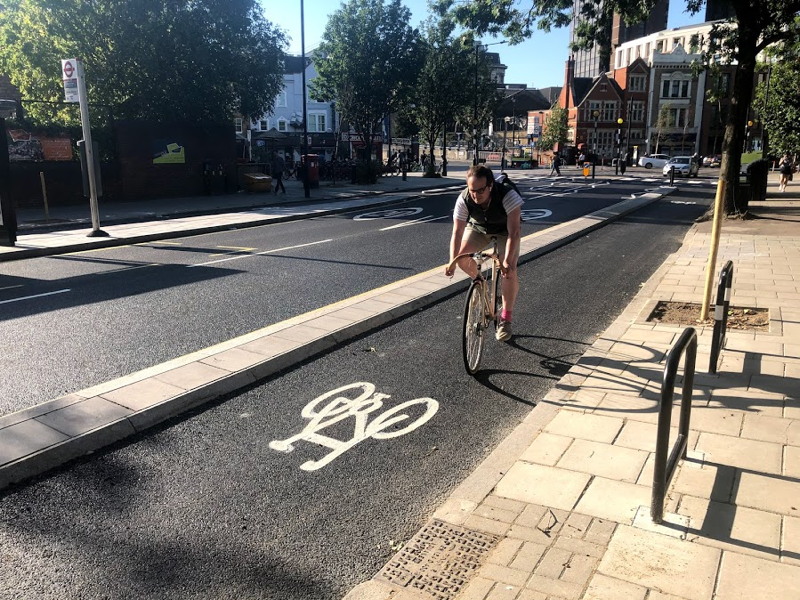 The Baylis Road scheme has been delivered by Lambeth Council as part of Transport for London's Cycleway 5 scheme linking Waterloo with Norbury.

Two zebra crossings on Baylis Road have been converted to include parallel cycle crossings.

Roadworks began in Baylis Road in February and continued during lockdown.

Mayor of London Sadiq Khan inspected the works in progress at the end of February in one of his final public engagements before most face-to-face gatherings were cancelled.

Lambeth council says that around 3,500 bike journeys a day are made along Baylis Road, and during the morning peak hour, bicycles make up more than two thirds of all vehicle traffic heading toward central London along the road.