The architect of the Millennium Bridge has objected to plans to relocate four steel sculptures at the northern end of the footbridge, arguing that "to change any part ... is to impact the whole ensemble". 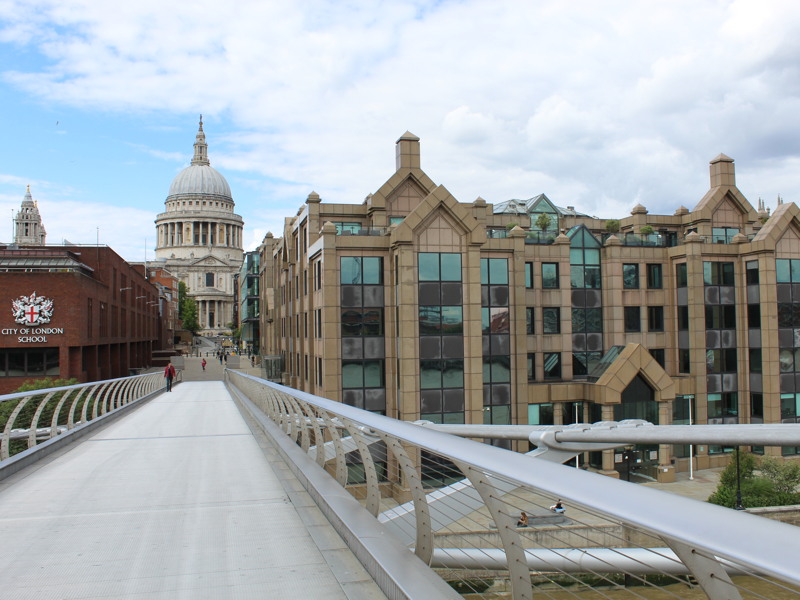 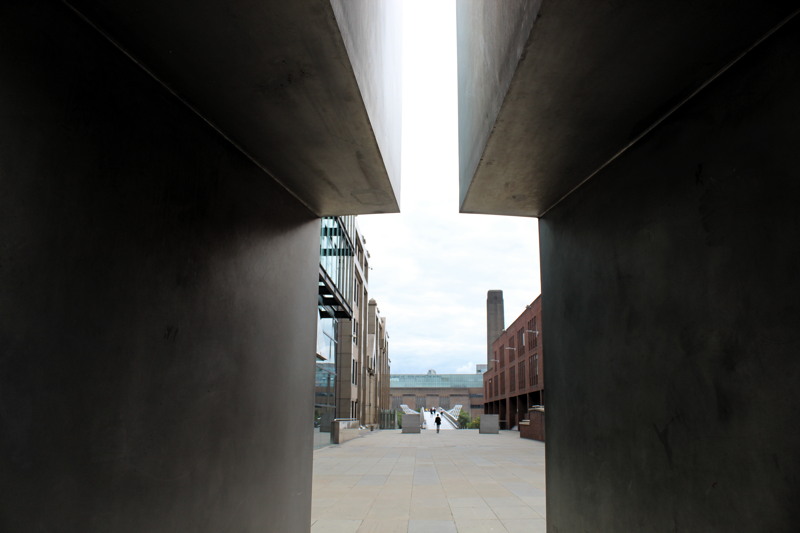 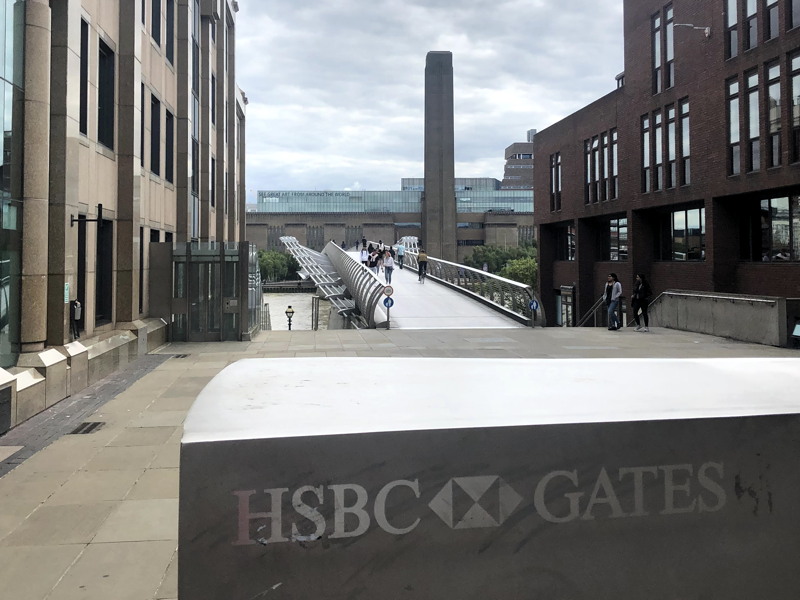 The sculptures carry the logo of HSBC in recognition of the bank's support for the Millennium Bridge project.

Lord Foster of Thames Bank has written to the City of London Corporation to object to a planning application due to be decided this week that will see the sculptures moved from their current location.

The removal of the HSBC Gates is part of an application for the re-cladding and refurbishment of Millennium Bridge House, the 1980s office block to the north-east of the bridge, to include public and private roof terraces with views across the Thames towards Tate Modern and Shakespeare's Globe on Bankside.

The scheme has been designed by Piercy & Company for Beltane Asset Management.

"We write to strongly object to the proposed relocation of the HSBC Gates as part of the design for Millennium Bridge House," said Lord Foster.

"The design for the bridge was a joint creation from the team of the late Sir Anthony Caro, sculptor, ARUP, engineers and Foster + Partners, architects, working closely together. To change any part of their creation is to impact the whole ensemble.

"We are also very concerned about public circulation on a heavily trafficked pedestrian route. Around two metres will be lost from the footway creating a pinch-point around the HSBC Gates. We do not agree in principle that the design of the building should rely on the encroachment into the public realm.

"We strongly recommend that the change in level, as in the existing building, is accommodated within the site boundary.

"Finally, and far more importantly, the public domain is compromised because the celebratory view from the Millennium Bridge to St Paul's Cathedral and Tate Modern will be impaired."

Of the 16 objections received by the City corporation to the redevelopment of Millennium Bridge House, 12 are from residents of Bankside concerned about noise from late-night entertainment on the proposed roof terraces.

It's not the first time the City of London has considered getting rid of the HSBC Gates – in 2012 a Guildhall report discussed the possibility of disposing of them for scrap.

A decision on the scheme will be made by the City's planning and transportation committee on Tuesday morning.

This year is the 20th anniversary of the short-lived initial opening of the Millennium Bridge. It took until 2002 for the notorious wobble to be cured.