A charity with a 300-year history has unveiled plans to rebuild and expand its almshouses just off Blackfriars Road. 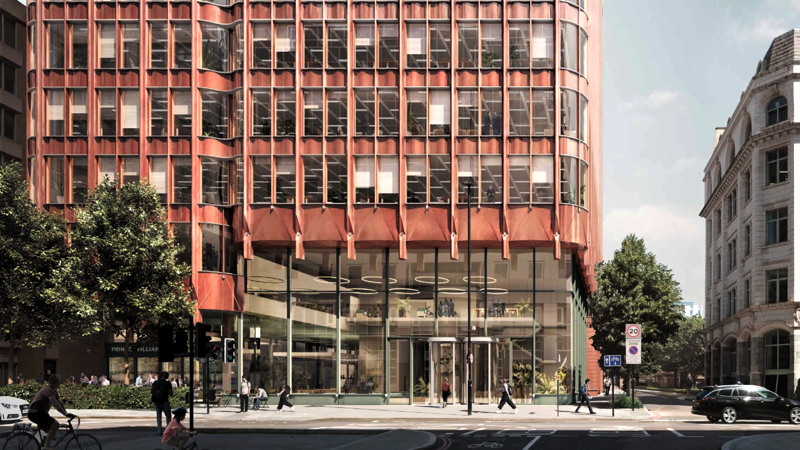 The terracotta facade of the proposed Blackfriars Road pub and office block includes architectural details representing tenter hooks, reflecting the land's previous use as 'tenter land' where newly-made cloth was stretched out to dry 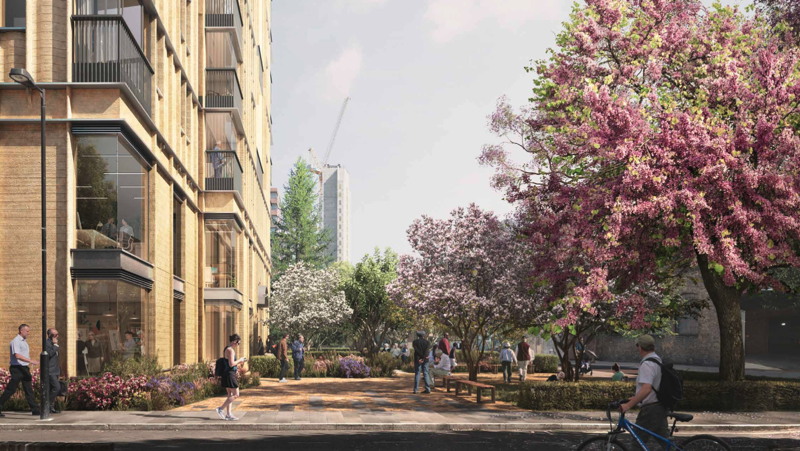 A view of the proposed development looking north from Nicholson Street, with the new almshouses on the left 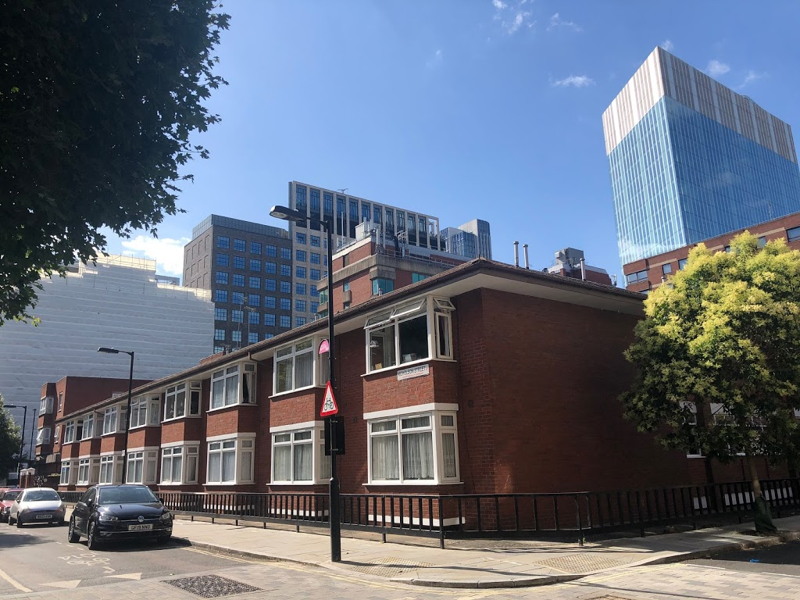 Edward Edwards House in Nicholson Street is named after an 18th-century stonemason who made provision in his will for the building of almshouses for "decayed housekeepers and widows" in the parish of Christ Church Southwark.

Today the historic endowments of Christ Church parish – together with those associated with St Mary Newington to the south – are in the hands of a body called Southwark Charities.

Last week Southwark Charities unveiled its plans to redevelop some of its land on the eastern side of Blackfriars Road to more than double the number of almshouse flats it lets to local people aged 55 and over.

There are 25 flats in the existing Edward Edwards house which dates from the 1970s. Residents currently pay £25 a week. Under the new plans there would be 62 homes in the almshouses.

Although the charity has occupied the site since 1752, there has been a regular cycle of renewal, with the almshouses rebuilt in each century since then.

The designs divide the site into three elements from west to east. On the Blackfriars Road side the 220,000 sq ft office block would be the tallest past, with the almshouses occupying the middle third of the site. The eastern tranche of land, facing Chancel Street, would be a green space for residents and passers-by to enjoy.

If the scheme is approved, Southwark Charities will work with United St Saviour's Charity to accommodate the existing residents of Edward Edwards House at the new almshouse soon to be built in Southwark Park Road in a tie-up with the developers of the Triptych Bankside development in Park Street.

In turn, the new almshouses in Nicholson Street would provide accommodation for the existing tenants of Southwark Charities' other almshouse in Surrey Square, thus paving the way for redevelopment of that site too.

A planning application is due to be submitted this autumn, and work could start in 2022 on the sequence of developments across the two sites, with the Blackfriars Road scheme completed in 2025 and the Surrey Square following three years later.

As well as funding the development of the almshouses, Southwark Charities intends to use the income from the office building to drive up its grant-making capacity to support local projects from £350,000 a year to around £850,000.

• The display boards from the recent public exhibition can be viewed at www.southwarkcharities.co.uk/future-plans