A sculpture created for the Festival of Britain in 1951 has been installed at Waterloo Station. 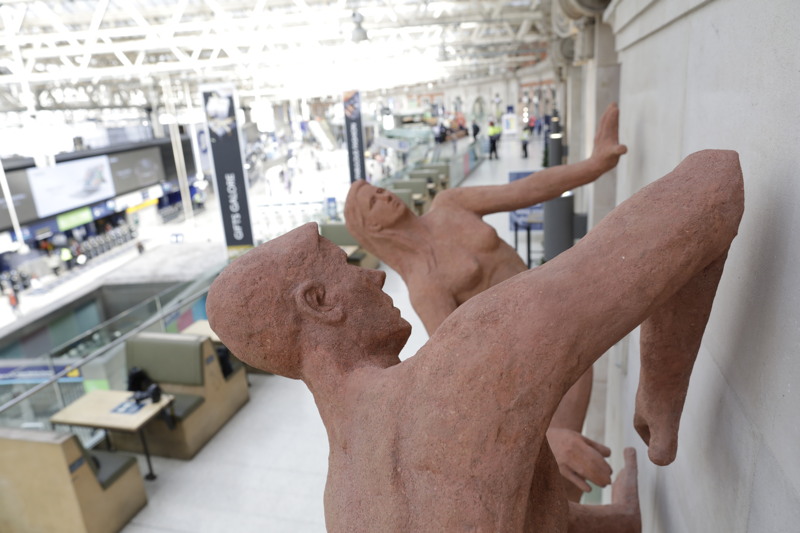 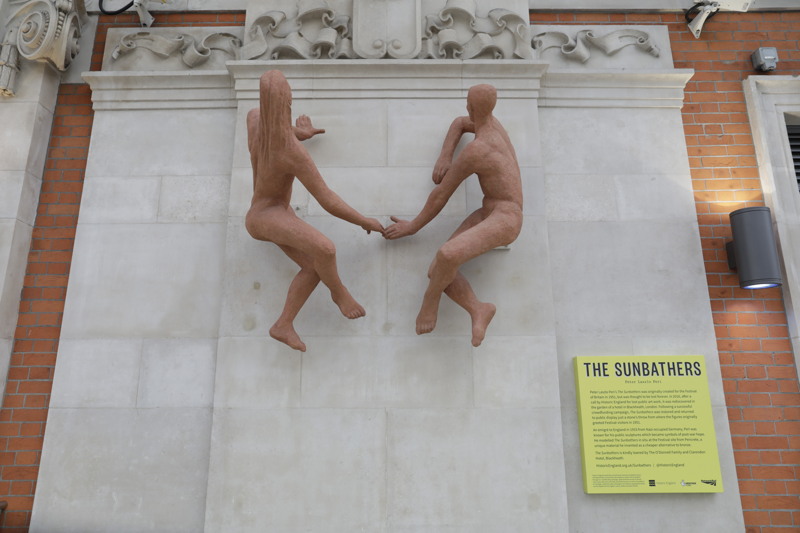 The Sunbathers by the Hungarian-born artist Peter Laszlo Peri consists of two terracotta figures and was created for the Festival of Britain in 1951.

The sculpture was mounted on the York Road entrance to Waterloo Underground Station, one of the main gateways to the 1951 Festival of Britain site on the South Bank.

It was presumed lost until it was rediscovered in 2016 at a Blackheath hotel after a public plea from Historic England.

The Sunbathers was restored after a crowdfunding appeal and displayed during summer 2017 at the Royal Festival Hall.

Now the piece will be displayed locally for a further five years, this time on the balcony above the concourse of the mainline Waterloo Station.

The sculpture was unveiled on 24 August by Network Rail chair Sir Peter Hendy, who said: "It is wonderful to see the sculpture on public display again, almost 70 years after the Festival of Britain, and only a few yards away from its original site.

"Now, and in the future, millions of rail passengers will have the opportunity to see it, as they use the busiest station in Britain.

"We look forward to working with Historic England, and other partners around the UK, to display art and sculpture in our stations, improving the quality of our public spaces for passengers and public alike."

Duncan Wilson, Historic England chief executive, said: "We are delighted that Peter Laszlo Peri's The Sunbathers will be on public show through their installation at Waterloo station, very close to their original site.

"The Sunbathers have a longstanding connection to the area, so we are grateful for our partners at Network Rail for facilitating the move. We hope it enables a wide variety of people to see and enjoy this modern masterpiece."

Josephine O'Donnell, whose family bought the statue and is the current owner of the Clarendon Hotel, said: "The Sunbathers has been in our family since they left their original place at Waterloo Station.

"Having brothers who were much older than me, I used to play around The Sunbathers as a small child, calling them my friends Adam and Eve. It is a fine way to continue their story to see them take pride of place at Waterloo."