Tributes have been paid to designer and restaurateur Sir Terence Conran who has died aged 88. 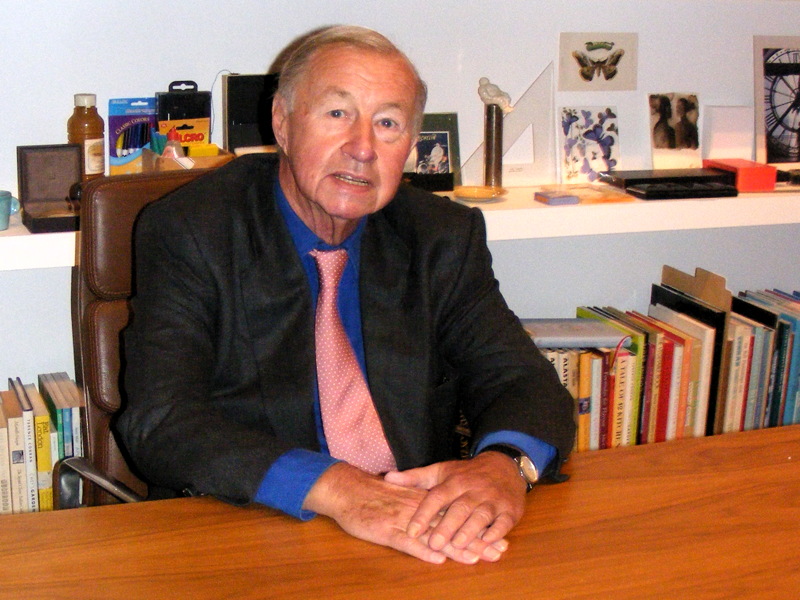 Sir Terence's association with our part of London went back nearly 70 years to the 1951 Festival of Britain where he was on the design team for the South Bank exhibition.

Locally he will be best remembered for leading the 1980s redevelopment of Butler's Wharf on Shad Thames, creating a 'gastrodome' centred on restaurants such as Le Pont de la Tour and Cantina del Ponte and bringing the Design Museum to Southwark.

In 2010 he told the Telegraph: "It was one of the great moments of my life, realising I could afford to buy over 13 acres on this bank of the river in the early Eighties.

"If you asked a taxi driver for Butler's Wharf then, they had no idea where it was. There were just a lot of rats and a couple of mad artists living here."

He claimed to have paved the way for the wider transformation of the Southwark riverside.

"Tate Modern would never have put itself into Bankside if it hadn't seen the success of Butler's Wharf and our little Design Museum," he said.

In 2007 Sir Terence received an honorary doctorate from London South Bank University. The citation described him as "a man whose influence on design worldwide has been nothing short of revolutionary".

Nine years ago he lobbied – unsuccessfully – to save the South Eastern Railway office building on Tooley Street which stood in the way of the redevelopment of London Bridge Station.

Until the first decade of this century his London residence was on Shad Thames, on the upper floors of the building recently vacated by the Conran & Partners architecture practice.

His most recent SE1 restaurant venture – Albion at Neo Bankside – did not prove successful.

Council leader Peter John described him as "a visionary and pioneer who played a major role in the regeneration of the area around Tower Bridge and the north of Southwark".

"It was my pleasure to nominate him for the freedom of the borough in 2016."

Bermondsey & Old Southwark MP Neil Coyle said: "Southwark owes a debt to his extraordinary vision and we still reap the benefits of his legacy."