Plans to build a Travelodge hotel in Tanner Street have been approved by Southwark councillors. 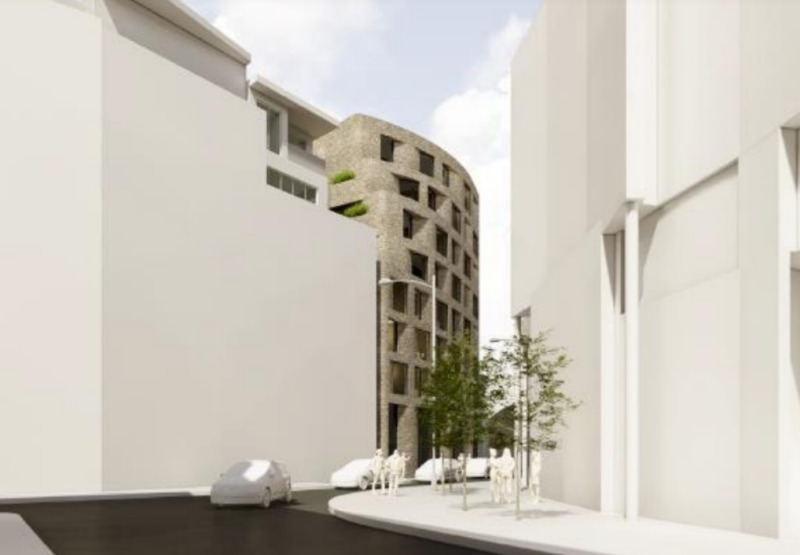 The scheme was approved by Southwark's planning sub-committee B at a Zoom meeting on Monday evening.

Deco Design & Build applied to build a nine-storey hotel with 73 bedrooms opposite the junction of Tanner Street and Maltby Street. The scheme is designed by SPPARC architecture.

Planning officer Alex Cameron told councillors that the council had received 107 objections and 23 letters of support.

"Officers feel this is an appropriate land use for the site," said Mr Cameron, noting that although there are five other hotels or apart-hotels within a half-mile radius, the area would remain very mixed.

"Officers do not feel that there is an over-dominance of hotels in the area," he told the committee.

He added that the design "responds to the context of the area" and was of good quality.

Local resident Ashley Cooper addressed the committee on behalf of objectors, raising the concerns about the overdominance of visitor accommodation, loss of amenity for neighbouring residents and impact on transport and road safety.

Mr Cooper said that he thought the council had underestimated the number of hotels already in the immediate area.

He said: "It is blatantly obvious that yet another hotel would overwhelm the neighbourhood and destroy the rightful enjoyment residents are entitled to."

The developer's planning consultant Rory Joyce told the committee that the scheme would "regenerate this vacant derelict brownfield site" and "support southwark as a world-class tourist destination". He confirmed that Travelodge is the prospective operator of the hotel.

London Bridge & West Bermondsey ward councillor Damian O'Brien told the meeting that he was concerned that the backstreet location of the hotel – relatively distant from tube stations – would encourage guests to arrive and depart by taxi or minicab, causing congestion.

The site is currently vacant but until a few years ago it was occupied by a building dating from 1872 which was formerly Wyatt & Co's tin box factory.

In later years the building housed Tower Bridge Antiques, best known for the known for the pair of Beefeater statues that flanked the entrance

Plans for an eight-storey block of flats were approved by councillors in 2015 but the scheme was not built.

Planning permission for an office development on the site is currently in place, but has not been implemented.

This hotel will be Travelodge's fourth property in SE1.

A condition will be imposed to prevent the hotel from taking bookings from coach parties to avoid traffic congestion in the narrow streets.

The sub-committee resolved that planning permission should be granted by four votes to one, with one abstention.