Plans to build 16 new council homes on the St Saviour's Estate in Bermondsey have been approved. 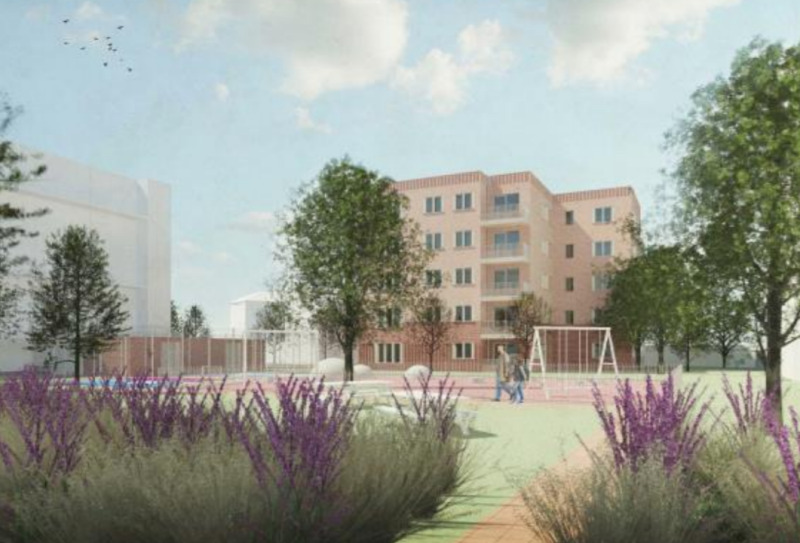 The new homes were given the green light by councillors at a meeting of Southwark's planning sub-committee B held on Zoom on Monday night.

Southwark Council intends to demolish the garages on Fendall Street – south of Abbey Street and west of The Grange – and construct a new five-storey block of flats.

The scheme has been designed by Bell Phillips Architects as part of the council's programme to build hundreds of new council homes.

Planning officer Abbie McGovern said that the height of the new block would be "an appropriate step up" between the surrounding smaller scale buildings and the larger blocks of the St Saviour's Estate.

Nearby resident David Hargrave addressed the committee to object to the application, citing the impact of the scheme on daylight and sunlight to adjacent homes and arguing that the council's consultation process had been flawed.

John Lineen from Bell Phillips Architects told councillors that the new block would be "a sensitive and high quality addition to the estate" and that the plans had been shaped by input from residents.

London Bridge & West Bermondsey councillor Damian O'Brien acknowledged the objections raised but said that he felt that the advantages of the proposed development outweighed the negative points.

The planning application received the unanimous approval of sub-committee members.