Semi-segregated cycle lanes have been installed on London Bridge as part of a new road layout after the completion of £5 million maintenance works. 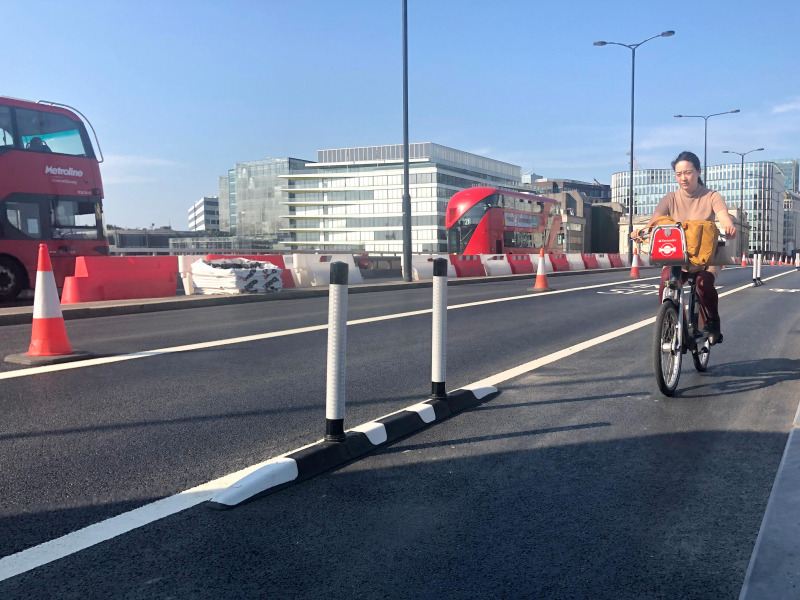 London Bridge is now open to buses, licensed cabs, motorbikes and pedestrians and cyclists between 7am and 7pm on weekdays.

After 7pm all traffic can use the bridge until 7am the following morning during the week and any time at weekends.

Taxis can now use the bridge all the time.

Semi-segregated cycle lanes have been created as part of a new road layout.

The Ł5 million work to replace the waterproofing on the bridge deck has finished a month ahead of schedule and it is hoped the move will help bring people back into London.

Before the pandemic affected transport the work was planned to replace the original protective waterproofing layer below the road surfacing, along with 24 of the original bearings.

The City of London Corporation said the work "will ensure the bridge remains operational for years to come".

The corporation's Bridge House Estates owns the bridge and maintains it, while Transport for London runs the road network.

Any other essential repairs to the concrete deck were done at the same time, to minimise future disruption.