Fifteen fire engines and around 100 firefighters were called to a fire in an underground car park on Southwark Bridge Road early on Saturday morning. 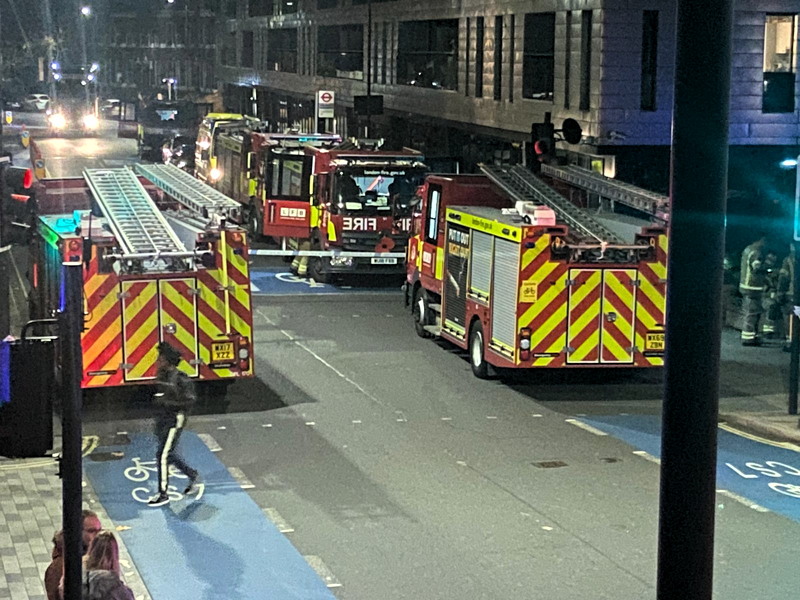 The fire broke out in the underground car park at a block of flats at the junction of Southwark Bridge Road and Great Suffolk Street.

The University College of Osteopathy clinic occupies the ground floor of the block.

Four adults and two children were treated at the scene by London Ambulance Service crews.

London Fire Brigade's Southwark borough commander Lee Sandy, who was at the scene, said: "Around 25 people left the building before the brigade arrived.

"Southwark Bridge Road was closed whilst crews worked to make the scene safe and local people were encouraged to find alternative routes."