A Tesco Express convenience store - the eleventh in SE1 - could soon open on the ground floor of a luxury riverside apartment block on Albert Embankment. 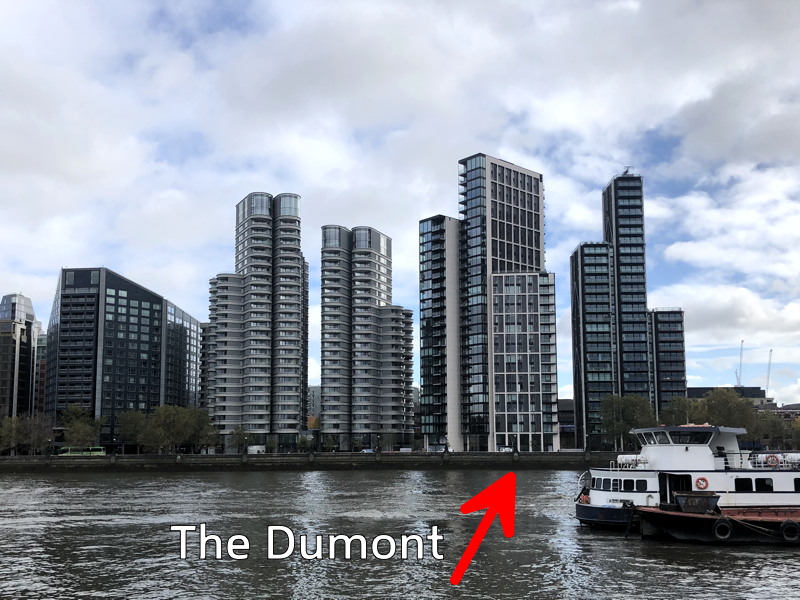 Tesco has applied to Lambeth Council for advertisement consent [20/03509/ADV] for shop signage on the ground floor of The Dumont, one of the three developments of luxury flats by the Berkeley Group's St James subsidiary along Albert Embankment.

A 2017 advertorial in the South China Morning Post described homes at The Dumont as "sophisticated London living for those who refuse to compromise".

Homes at The Dumont are currently on sale at prices ranging from Ł2.1 million to Ł7.8 million.

Developer St James has also applied to Lambeth Council to allow the proposed Tesco Express store to receive deliveries on bank holidays [20/03511/VOC], something that was banned by condition when the original planning permission was granted.

In 2017 the Daily Mail reported that most Tesco Express stores are categorised by the company as 'price-sensitive', 'mid-market' and 'upmarket' with a select few branches – such as the one at Sandbanks in Dorset – falling into the 'super-upmarket' bracket.

It remains to be seen whether the Albert Embankment store will follow the example of the Sandbanks Tesco Express which offers 20 different types of champagne and an expanded range of 'Finest' products.