Southwark's cabinet member for housing has resigned after it emerged he was using an anonymous Twitter account to criticise community groups. 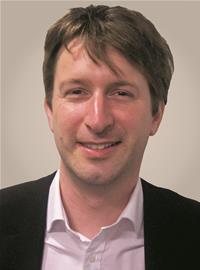 An investigation by the South London Press revealed that Cllr Leo Pollak was operating under the name @SouthwarkYIMBY, a play on NIMBY (Not-in-my-back-yard), to promote council schemes and house building.

But he was also slamming resident-led campaigns – this month @SouthwarkYIMBY labelled the Save Long Lane Ballcourt and Garden campaign "pathetic nimbyism".

The South London Press investigation found that the account was using an email – though it was starred for anonymity – that was "remarkably" similar to Cllr Pollak's council one and had a starred phone contact which shared the final two digits with his publicly-listed mobile number.

The account also retweeted a lot of Cllr Pollak's tweets.

Cllr Pollak resigned following a request for comment from the publication.

He apologised in his resignation letter for a "serious error of judgement".

He said: "It goes without saying that this represents a serious error of judgement that doesn't meet the standards of openness and accountability that you would expect of a public representative, and I am writing to offer you all a full and unqualified apology.

"I have referred myself to the council's monitoring officer and will accept any recommendations made."

Cllr Pollak will continue to represent residents in South Bermondsey ward as a backbench councillor.

Council leader, Cllr Kieron Williams, said: "Whilst it is right that Cllr Pollak has resigned following a serious error of judgement, we will miss his huge passion for improving the lives of everyone who lives in council housing.

"From driving forward our plan to build 11,000 new council homes, to championing local estates through our Great Estates programme, to campaigning tirelessly on issues like right to buy and land reform, Leo has worked relentlessly to improve the lives of our residents.

"However, in order to gain and retain our residents' trust, it is essential that all politicians carry out their work in a completely transparent way.

"In this case, unfortunately Cllr Pollak's behaviour risked compromising that trust, and that is why I have accepted his resignation as cabinet member for housing."

The Liberal Democrat opposition blasted Cllr Pollak's behaviour and the comments of people who appeared to be defending him.

Cllr Anood Al-Samerai said: "I am so troubled to see Labour defending a councillor who has been secretly bullying residents.

"It is appalling, whatever your views on council policies. And shows such arrogance that Labour councillors think they know best. Residents are allowed to express views without being victimised."

Cllr Humaira Ali said: "I am livid. How dare an elected councillor and cabinet member set up his own propaganda machine to bully residents.

"Southwark Labour routinely deny our residents voices or denigrate anyone who disagrees with them. No wonder people are sick of politicians."

Cllr Williams has yet to choose a new cabinet member for housing and will oversee the council's housing work in the interim.

A spokesperson for the council said the monitoring officer will carry out a full investigation into Cllr Pollak's actions before reporting her findings publicly.