York Road was closed to traffic on Tuesday while firefighters tackled a blaze at the AP Food Express convenience store on the ground floor of County Hall Apartments. 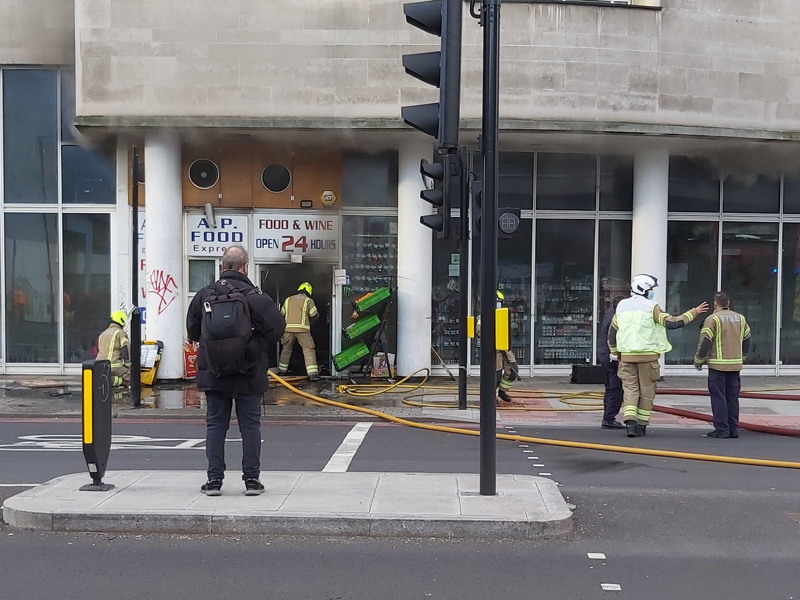 Four fire engines and around 25 firefighters were called to of reports of a fire and explosion at AP Food Express on the corner of York Road and Chicheley Street on Tuesday afternoon.

Firefighters wearing breathing apparatus encountered heavy smoke through the building stairwell as they entered to tackle the blaze.

According to the London Fire Brigade, one woman was assisted to safety from the first floor stairwell by fire crews and another woman left the building before firefighters arrived.

Both were treated for the effects of smoke inhalation by London Ambulance Service crews at the scene.

Station officer Craig Abbott, who was at the scene, said: "On arrival we found a well-developed fire resulting from an explosion in the shop, and heavy smoke. Our crews worked hard to stop the blaze spreading into the upper floors of the block."

Around 50 people from properties above the shop left the building before the brigade arrived.

The brigade was called at 3.45pm and fire crews from Lambeth and Soho were dispatched to the scene.

The cause of the fire is not yet known.