House of Commons paperwork to be printed in Waterloo rail arch

House of Commons order papers will be printed in a railway arch below Waterloo East Station after Lambeth councillors agreed controversial plans to allow early-morning van pickups to ferry documents to Westminster. 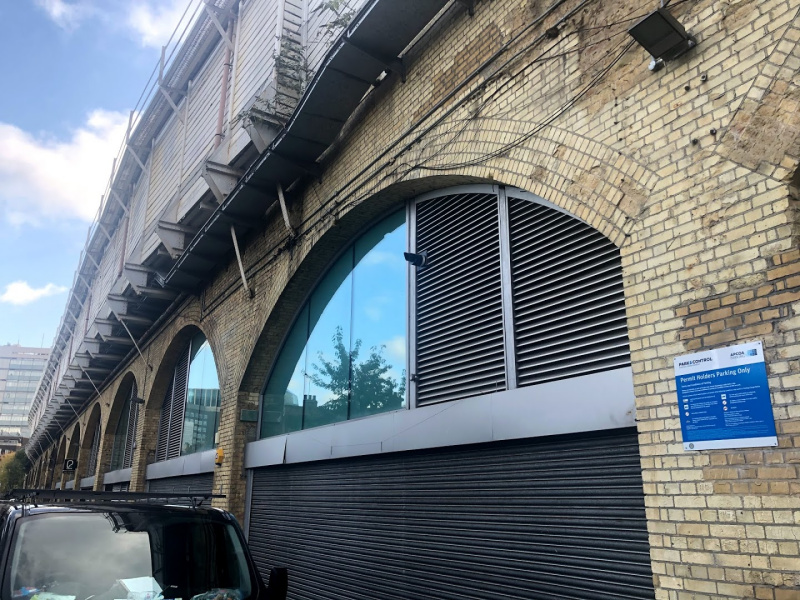 The House of Commons wants to move its printing operation to 7 Wootton Street, one of the railway arches below Waterloo East Station, which opens up on to Brad Street to the north.

The relocation has been prompted by the planned restoration of the Palace of Westminster.

Under the planning permission granted for the office conversion of these railway arches in 2004, deliveries and collections can only be made on weekdays between 8am and 6pm.

The House of Commons authorities had applied to Lambeth Council for permission to collect printed material by van as early as 5.45am. It is estimated that it could take 20 minutes to load the vehicle with boxes of paperwork.

The prospect of early morning van movements and loading has been the subject of vocal opposition from the Lambeth Estate Residents' Association (LERA) which represents those living in Roupell Street, whose homes back on to Brad Street.

"A railway arch surrounded by homes – for a printing plant running up to 24 hours a day – was a terrible choice by parliamentary officials," David Kesby of LERA told councillors.

He argued that the extra van movements would be incompatible with Cornwall Road's designation as a low-traffic Greenway.

Local resident Deborah Anderson warned that the early morning transfer of boxes of paperwork from the railway arch to the van "will cause sleep disturbance and could impact on health".

Dr Patsy Richards – decant director for the House of Commons – told the committee that as a result of residents' comments they had altered their plan to include a binding commitment to use an electric vehicle.

"We are committed to being a good neighbour and maintaining a dialogue now and in the future with the local committee," she said.

Richard Grove of planning consultants BDP, who carried out a noise study on behalf of the House of Commons, said: "The acoustic character of the area is already dominated by noise from trains which stop at London Waterloo East which is directly above the application arch."

He argued that any noise from vans being loaded outside the printing works would be "barely audible over the noise of trains".

Bishop's ward councillor Jennie Mosley asked the committee to apply the 'agent of change principle' enshrined the new London Plan – which puts the onus on those proposing noise-generating developments to mitigate the impact on existing neighbours – and reject the application.

She said that the application had been so complicated that local residents had had to engage professional help to respond to it.

She told the committee: "It's actually very simple. The site is unsuitable. There are suitable alternatives in Lambeth, and they should be considered."

Vauxhall MP Florence Eshalomi said that Commons authorities had picked the wrong location, and failed to take on board feedback: "The concerns of the local community have not been listened to with any seriousness."

She added: "I would like to reassure the committee that this planning application should not be treated any differently ... just because it's a House of Commons application.

"The local residents have worked very hard to bring this case. It's a strong case and they have my full support."

Lee Money, an acoustic consultant engaged by Lambeth Council, said that the noise from collections in Brad Street would be unlikely to be considered intrusive in the context of Waterloo East Station.

Committee chair Cllr Clair Wilcox said she understood the concerns raised about the proposal but on balance agreed with planning officers' recommendation that it should be approved.

Committee member Cllr Ben Kind accused the Commons authorities of "hubris" and noted that "Parliament would be better off directing its merits to try to move with the times in the climate crisis and get away from printing such ridiculously large amounts of paper".

Cllr Jessica Leigh argued that the wellbeing of Lambeth residents is "just as important as members of parliament receiving their papers" but said she would vote to approve the application "with a heavy heart".

The motion that the planning permission be varied to allow the early morning collections was passed unanimously.