The combined repair bill for Westminster, Lambeth and Vauxhall bridges over the next decade could be in the range of £85 million to £130 million, according to Transport for London. 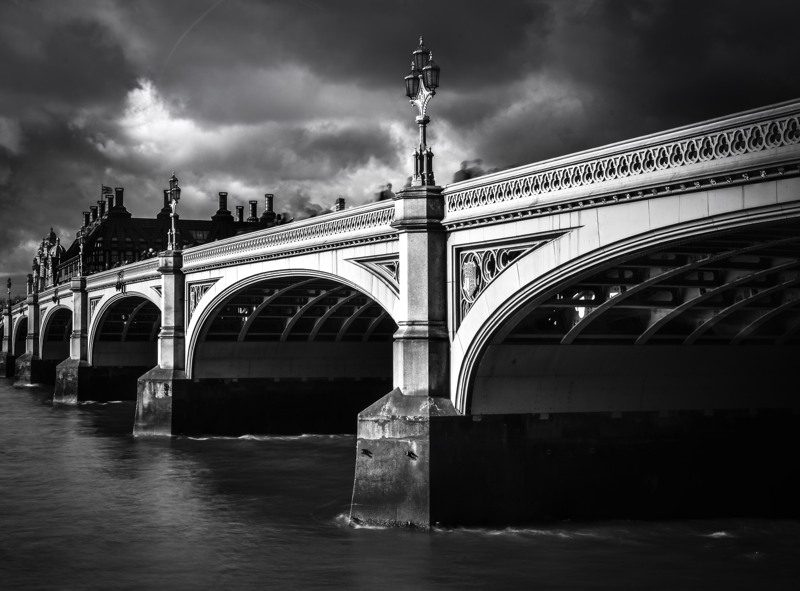 TfL recently published these images of corrosion below the bridge deck at Vauxhall Bridge, and warned that traffic would have to be restricted if the structure continues to deteriorate

It has been revealed that TfL's Ł24 million spend on the failed Garden Bridge equalled more than half of all the money it spent on the capitals' bridges over the last decade.

Some Ł43 million of public money was spent on the Garden Bridge, the pet project of former London Mayor turned Prime Minister Boris Johnson and promoted by Joanna Lumley.

It would have linked the South Bank with Temple Tube Station, and have been lined with dozens of trees. The project was killed off in 2017, before any building work had taken place, when Sadiq Khan withdrew funding.

But Ł24 million of that funding came from TfL while the rest was spent by the Department for Transport.

By comparison, TfL spent just under Ł43 million on the upkeep of all of London's river crossings up to 2020/21.

A further Ł13 million was spent on proposals for a bridge between Rotherhithe and Canary Wharf, before it was axed in 2019.

Hammersmith Bridge, which closed to vehicles 23 months ago, currently requires stabilisation works estimated at Ł40 million before it can carry pedestrians. A full repair job of its cracked pedestals has been quoted at Ł140 million.

Contrasting the figures raises questions about Boris Johnson's support for the Garden Bridge, which would only have allowed pedestrians to cross it, with cyclists needing to dismount.

Glynn Barton, TfL's director of network management, said: "All bridges maintained by TfL are safe and we continue to invest in them regularly to ensure that they can remain open to all road users. This includes regular structural inspections and carrying out day-to-day and large-scale maintenance whenever necessary to ensure they continue to be in good working order."

Downing Street has been approached for comment on the PM's support for the Garden Bridge.

The ill-fated project was effectively scrapped by Sadiq Khan who withdrew funding after he took office as Mayor in 2016. A review showed that it's eventual price tag – dependent on private funding – would have been Ł200 million.

Many of London's bridges are not owned by TfL, although it heavily subsidises their maintenance.

Mr Byford's letter also reveals how it will spend "estimates totalling Ł135 million-Ł215 million for the next 10 years". This includes:

Although its finances were an issue before the pandemic hit, TfL's finances collapsed into crisis over the last 12 months while its fare revenue dropped by more than 90 per cent.

It received Government bailouts of Ł1.6 billion in May and Ł1.8 billion in November. TfL chiefs and civil servants are thrashing out the terms of its next deal, due to be announced by April, the new financial year.