The charity which runs Waterloo's main community centre has urged local residents to respond to a Lambeth Council consultation which could see the venue face a sharp increase in the rent it pays to the town hall. 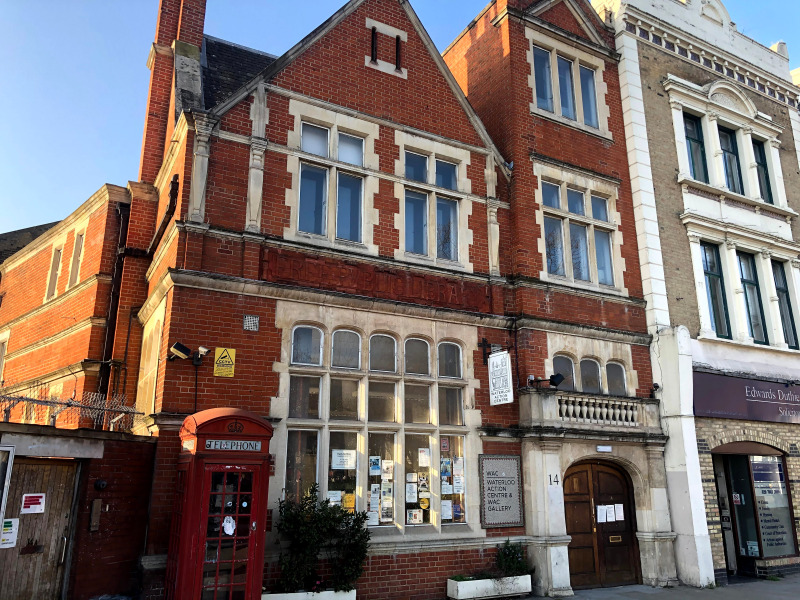 Waterloo Action Centre has occupied the former public library in Baylis Road since 1973. It is run by a charity which rents the building from Lambeth Council.

The building hosts a wide range of community activities, from a legal advice service to classes, meetings and social gatherings.

The strategy proposes to standardise the arrangements under which community organisations occupy council-owned buildings across the borough.

The deadline for public responses is Sunday 25 April.

Waterloo Action Centre warns that Lambeth's proposals "could see a rent rise to a massive £45,000 a year plus £5,000 building insurance within 4 years of the change".

"This would simply mean the end of WAC!

"This rise represents a third of WAC's hard-earned income and would mean a sharp reduction in activities and services we provide, hitting some of our most vulnerable citizens."

A Lambeth Council spokesman said: "The council proposes that Waterloo Action Centre will, after a period of transition, pay a rent that reflects an 80 per cent rental subsidy from the council.

"There would be no increase in rental in the first year, and any proposed increases will be gradually phased over a three-year period to enable WAC to build up more capacity and account for this proposed increase."

WAC has launched a website – www.waccommunitydefence.org – to collect testimonials from users of the centre about the important role it plays in the community.

In addition, nearly 900 people have signed a petition on change.org.