A Victorian house built in connection with the Bethlem Hospital has been given grade II listed status by the Government. 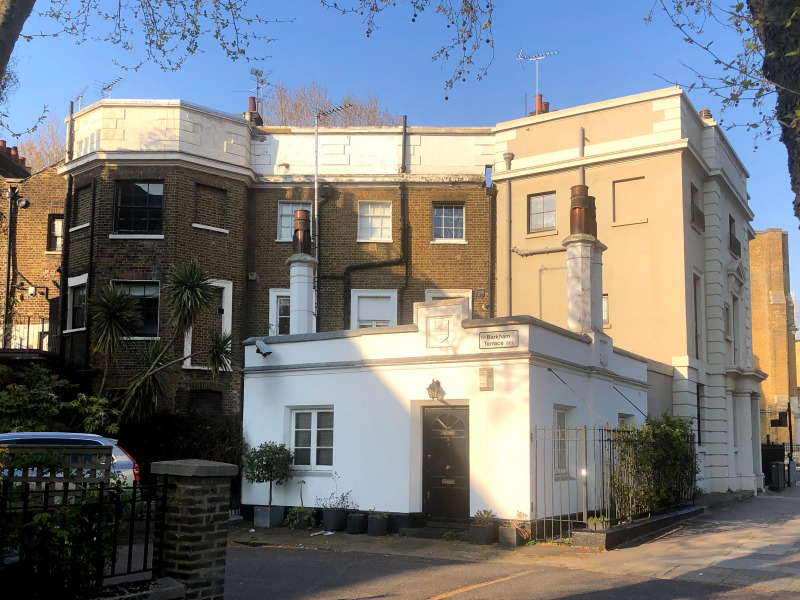 The East Lodge at 2 Barkham Terrace – off Lambeth Road – dates from 1842 as part of a development of land owned by the Bethlehem (Bethlem) Hospital, also known as Bedlam.

Barkham Terrace was named after a benefactor to the hospital and was flanked by lodges at each end.

The official reasons for designating the lodge as a listed building note that it "retains much of its original picturesque appearance" as well as having historic interest as a gate lodge to a private roadway in central London.

The Government's decision to list the building, on the advice of Historic England, follows the submission of a planning application (21/AP/0933) for the construction of a mansard roof extension to the lodge.

Southwark Council has received 21 objections and 9 letters in support of the planning application.

Objectors include the School of Historical Dress, which owns and occupies the adjoining listed building at 52 Lambeth Road and argues that adding an extra storey to the lodge would be over-development and out of keeping with the character of the area.

According to a comment on the planning application by the applicant's husband, "the lodge is being converted to provide accommodation for aged relatives". The writer also complains of a "somewhat unsavoury pile-on" by neighbouring residents.