Residents of a Bermondsey development are paying thousands of pounds a week for fire safety patrols. 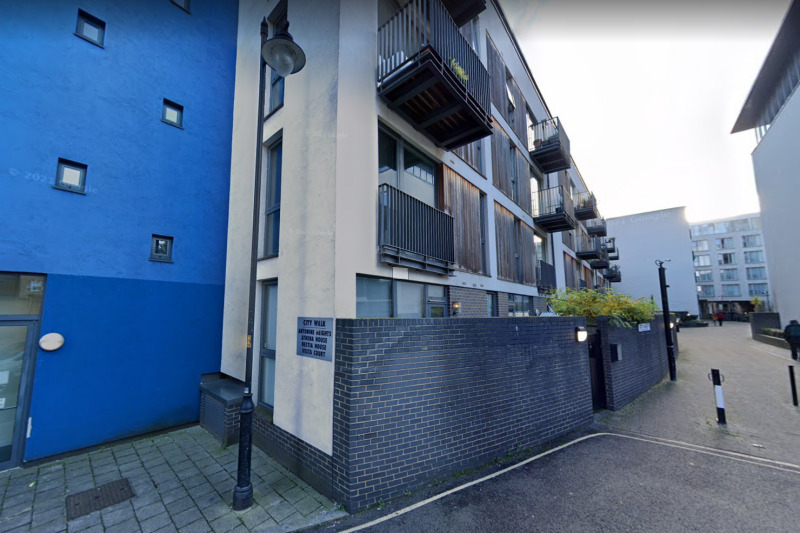 The rapid spread of the 2017 Grenfell Tower fire, which claimed 72 lives, was found to be caused by dangerous cladding.

Now laws designed to make sure combustible cladding and other fire hazards are removed from buildings have left leaseholders facing tens of thousands of pounds in costs.

Many of their homes are now unsellable as lenders will not offer mortgages until the cladding is removed.

Some blocks were found to be so at risk after External Wall System (EWS1) surveys, a 'waking watch' had to be enforced – people who patrol 24/7 to watch for a fire.

The Fire Safety Bill, part of a collection of new legislation that aims to make buildings safer after Grenfell, is set to become law after being the subject of parliamentary ping-pong – the House of Lords wanted to amend the Bill to protect leaseholders.

But this week the Government voted against the amendment for the fifth time, despite some Conservatives rebelling, and the House of Lords finally passed it without any amendments to protect leaseholders from the huge costs.

Campaigners have labelled the Bill "indefensible" and say a generation of homeowners face financial ruin.

The Government has set aside Ł5 billion to fund remediation works on buildings, while it is also consulting on a Ł2 billion developer tax.

But current estimates suggest the true cost of the works could reach Ł15 billion or above.

There are also issues with what the funding covers – it is unlikely to cover all necessary works to make buildings safe, while only blocks of 18 metres and above are eligible to apply for it.

And now leaseholders, despite not owning the freehold to their building and not being responsible for the dangerous material used to build it, fear they could lose their homes or go bankrupt.

Helen Beedham lives in Antonine Heights in the City Walk development off Long Lane in Bermondsey. It was built by Galliard about 14 years ago and has received the worst fire safety rating possible with several defects identified.

"In December the London Fire Brigade imposed a waking watch. We've been living with that ever since – it costs us about Ł6,000 a week," Helen said.

Their managing agent has applied to the London waking watch fund and the building safety fund.

"However, we're already seeing the financial, practical and emotional impacts of all of this.

"A number of us – we have a recently formalised residents' association – spend hours every week on this matter. It consumes our lives," Helen said.

There is no certainty around what the Government support will cover, while a lot of buildings have been told they are ineligible.

"And it's the emotional toll, it's a really damaging situation for people's mental health. We live quite close to Guy's Hospital and have NHS staff workers in our building," Helen said.

She and other leaseholders "categorically feel that the Government really needs to step up, understand the scale of this issue, and get a grip on the data about who's affected, but also what the levels of risk are".

"This is a long-term, industry-wide problem. Its roots lie in poor quality buildings, building regulation sign offs that shouldn't have happened – we know that our building actually didn't meet a couple of regulations at the time of sign off when it was originally built.

"The other major issue here is the whole system of leaseholder law, which effectively allows freeholders to say this is necessary work, it has to be done and you have to pay.

"For buildings like ours that are over ten years old, we're past the statute of limitation, we have no legal recourse to ask the builders to contribute towards remediation.

She praised her local councillors for the work they are doing to support leaseholders and her MP Neil Coyle.

Mr Coyle, who has been proactively reaching out to hundreds of affected leaseholders, has heard "genuinely horrific" stories, including people losing their homes.

He told the Local Democracy Reporting Service that the Government should first apologise for a situation that has got "out of control and needlessly delayed".

Mr Coyle said there should also be VAT exemption on Government funding.

"The Government has said it put Ł5 billion in the pot but 20 per cent of that gets lost on VAT before you even start paying for these works.

"I've asked the Government if a [funding] application was granted, but they can't commission the works by the end of September because there's going to be an explosion of commissioning requests for construction work – and we know that Brexit for example has dented the workforce availability – will all of the works be able to be commissioned in the timeframe allowed?" he said.

A Ministry of Housing, Communities and Local Government spokesperson said the Government has been "clear throughout that owners and industry should make buildings safe without passing on costs to leaseholders – and we will ensure they pay for the mistakes of the past with a new levy and tax to contribute to the costs of remediation".

"For lower-rise buildings which have a lower risk, our generous capped finance scheme will ensure bills are a maximum of Ł50 per month," he said.