Southwark planners have vetoed Vodafone's proposal to reinstate a neon 3D rendition of the company's logo outside its offices in Great Suffolk Street. 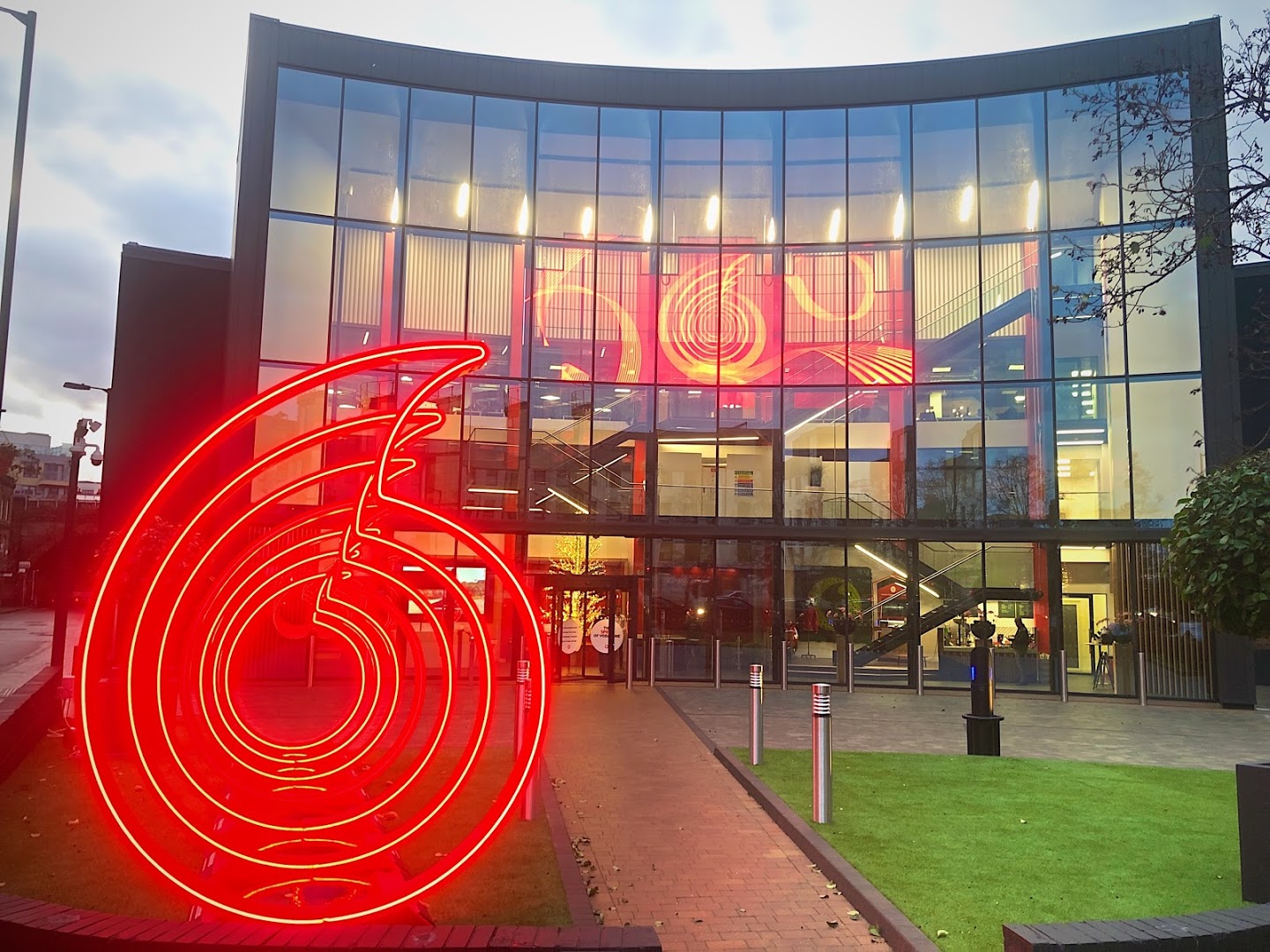 The former Cable & Wireless offices in Great Suffolk Street were refurbished and extended in 2019 by Vodafone, renamed 'The Speechmark' after the company's logo and officially reopened by Mayor of London Sadiq Khan.

Vodafone claimed to have spent Ł6.5 million on the project to create a 'digital hub' for 1,000 staff.

In the forecourt a 3D walk-through installation depicting the company's logo in red neon lights was installed for a time, but was later taken down whilst advertisement consent was sought from Southwark Council.

The council's planning department has now vetoed the proposal, ruling that it "would, by virtue of is significant scale, bright internal illumination and neon acrylic materiality, appear obtrusive and harmfully detract from the surrounding townscape and streetscene" as well as causing "undue light pollution" to nearby residents.

In its application to the council, Vodafone said: "The signage provides a focal point in the new landscaping scheme.

"At ground level, and surrounded by planting, it will have minimal impact on neighbouring properties, whilst reflecting Vodafone's corporate identity.

"It is sized to be of an appropriate scale to the four storey elevation of the building, and to allow visitors to wander around and through it."