Plans to replace the temporary security barriers on Westminster Bridge with metal bollards dividing the main carriageway from new cycle lanes have been approved by councils on both sides of the river. 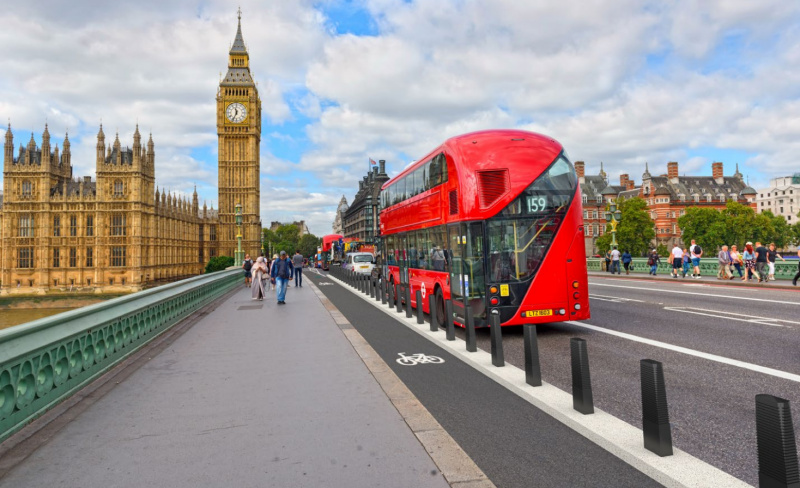 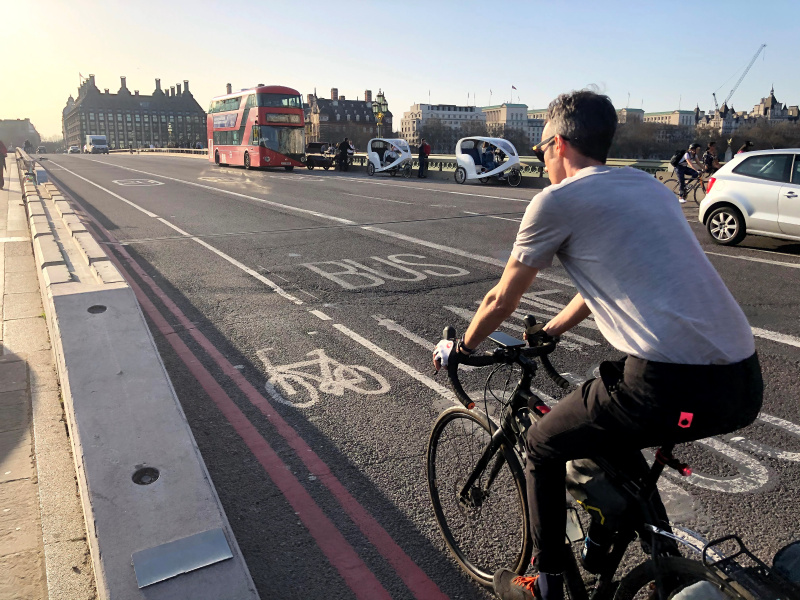 At present, there is no segregation between the cycle lane and motor traffic

Transport for London – which owns and maintains Westminster Bridge – applied to the City of Westminster and Lambeth councils for listed building consent for the proposed new layout.

Temporary barriers were installed on bridges in central London in the aftermath of the June 2017 terrorist attack at London Bridge.

Now TfL is proposing to replace the temporary barriers with 450 'heritage-style' bollards which will separate motor traffic on the bridge from new cycle lanes between the carriageway and the pavement.

The Westminster Cycling Campaign objected to the scheme, warning that the proposed cycleway – at 1.8 metres wide – "is too narrow for a track that has high volumes of cycling", and that the small gaps between the bollards would prevent tricycles and other non-traditional cycles from using the new lane.

Both councils have now approved the scheme and papers published by TfL this week show that work is expected to start in "late 2021".