The basement of a former pub in Lambeth Road was converted into an 'illegal nightclub' with a sound system, dancefloor, and fully stocked bar. 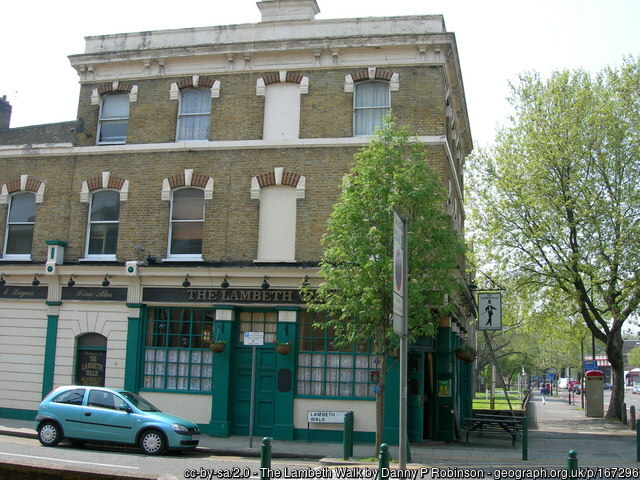 Police officers were injured after uncovering 60 people at a party under the former Lambeth Walk pub in the early hours of Sunday morning, 16 May

Class A drugs, laughing gas canisters, fireworks, alcohol, and the sound system were all seized after police and Lambeth Council officers jointly raided the premises.

Under the current COVID-19 roadmap out of lockdown, legal nightclubs cannot open until at least 21 June.

Officers found two security guards posted at the entrance when they arrived.

A spokesperson for the council said: "The security refused to cooperate with police and entry was forced where the officers witnessed around 60 partygoers and no social distancing.

"They also found the bar area, supplies of alcohol and a sound system inside the converted basement."

He said a number of people became "hostile and aggressive" towards police and "several officers received minor injuries".

Most attendees fled the scene, but two men in their 30s were arrested for public order offences and assault on an emergency worker.

The council placed a closure notice on the venue, while an investigation is under way to uncover more about the venue and to trace the legal owners.

Councillor Jacqui Dyer, Lambeth's deputy leader and cabinet member for jobs, skills and community safety, said: "This is an extraordinary example of the commitment shown by Lambeth Council, the police and our partners to protect our residents.

"Venues such as these are illegal, unlicensed and can pose a serious risk to the safety of neighbouring residents as well as those who attend.

"The Covid-19 pandemic has not gone away. Mass gatherings involving 60 people, inside a small space with no social distancing is totally unacceptable.

"Unfortunately, two police officers were hurt during this enforcement action and that cannot be tolerated.

"We will be doing everything in our power to identify those responsible and using appropriate action to ensure this is not repeated."

"Not only were those present taking unnecessary risks, they were also causing significant nuisance and disruption to the local area.

"Officers should feel safe when going about their work on the frontline. The response they received is unacceptable.

"The behaviour of a minority will not be tolerated and we will continue to work in partnership with bodies like the council to keep our communities safe."