Cllr Claire Holland is set to be the new leader of Lambeth Council. 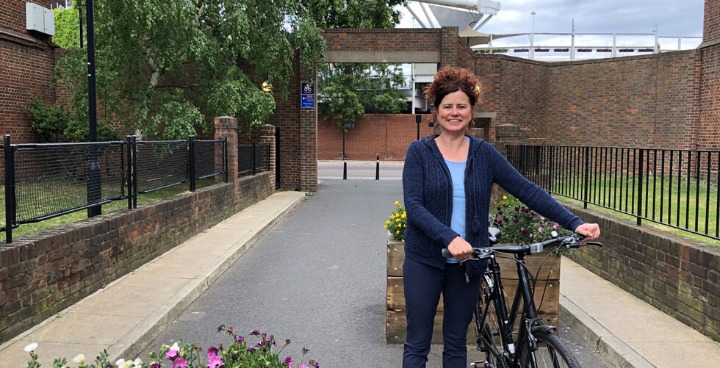 Cllr Holland, who has represented Oval ward since 2014, will officially take the reins at a special meeting of Lambeth's full council on Wednesday 2 June.

She has been a legal aid children's lawyer for over 20 years and has lived in Lambeth since 1995.

The new leader has promised that Lambeth will be "relentlessly focused on tackling poverty, inequality, poor and insecure housing and violence affecting young people and women and girls".

"I'm incredibly proud to have been elected to lead Lambeth Labour and to represent our fantastic borough. I've lived in Lambeth almost all of my adult life, raised my children here and been a school governor, community campaigner and local councillor.

"In the last year, despite the challenges of Covid-19, we have seen the best of our borough – incredible community solidarity and support for those in need. We now need to harness that, as an inclusive and open council working with everyone, to build a recovery that works for all.

"Under my leadership, Lambeth will be relentlessly focused on tackling poverty, inequality, poor and insecure housing and violence affecting young people and women and girls.

"But I know that the actions we take today and over the coming months and years will shape what our borough looks like for generations to come and so it will have delivering climate justice at its heart.

"I'm excited to get to work on developing and delivering a transformational agenda together with our residents, community groups, businesses and everyone in Lambeth that will tackle the deep, structural inequities in our society and build a fairer borough built on social, climate and racial justice for all," she said.

Just a week after he announced the news, the Guardian reported that Cllr Hopkins is being investigated by Labour for sexual harassment and "unwanted touching" allegations, which it says were made to the party by a woman in March this year.

Cllr Hopkins "vehemently denies" the allegations, according to the report.