For anyone of a certain age who remembers when London was served by different ITV companies depending on the day of the week, last week's appearance of Thames Television signage on the former HQ of London Weekend Television will have been deeply confusing 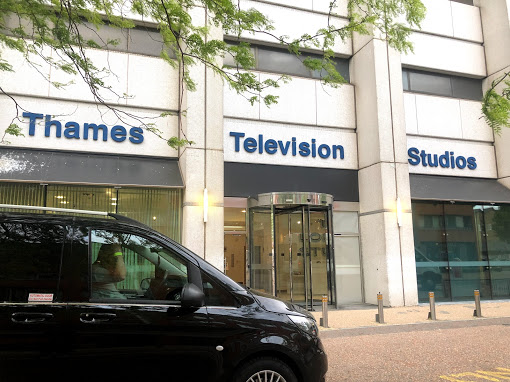 The London Television Centre on the South Bank was built for London Weekend Television in the 1970s and latere became the headquarters of ITV and the home of shows such as Good Morning Britain, This Morning and Loose Women.

LWT's weekday counterpart Thames Television was based at the now-demolished Euston Tower on the other side of central London.

Last weekend the soon-to-be-demolished LWT building was emblazoned with Thames Television signage by the makers of a new Sex Pistols biopic series directed by Danny Boyle.

The old LWT building is standing in for Thames TV's Euston Tower for Boyle's recreation of Bill Grundy's 1976 controversial interview with the Sex Pistols.

The live TV interview – in which Steve Jones used the F word – led to Grundy's suspension and questions asked in Parliament.

Other filming locations used for Boyle's six-part drama include The Roebuck pub at the junction of Trinity Street and Great Dover Street.

The former ITV / LWT building is now owned by Mitsubishi Estate who are preparing an office-led development.