The elephant statue which used to stand outside the Elephant & Castle Shopping Centre has returned to the area after a trip to Kent for restoration and a new coat of paint. 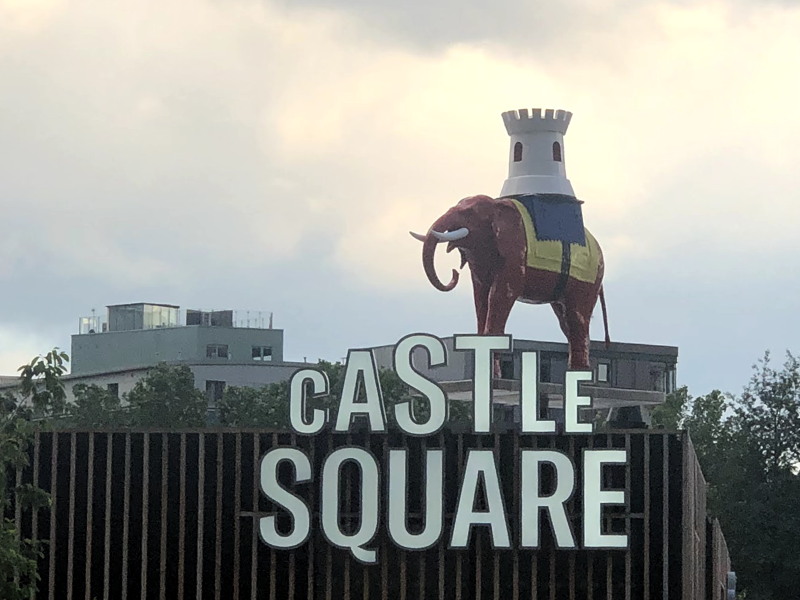 The statue originally adorned the Elephant & Castle pub until it was demolished in 1959.

When the shopping centre opened in 1965 it was relocated to one of the upper levels of the mall, before taking up its familiar spot on a silver plinth facing the Metropolitan Tabernacle.

In January this year the statue was taken down from its perch and transported to Kent for restoration.

The statue has now been restored and on Thursday was lifted by crane to its temporary new home above the Castle Square shops on Elephant Road.

A long-term location for the statue has yet to be decided.

The statue's new location in Castle Square means it now serves as a marker for the temporary premises occupied by some of the small businesses displaced by the closure of the shopping centre.