Around 100 firefighters were called to Elephant & Castle on Monday lunchtime when a fire broke out in a car repair workshop in arches below the railway station on Elephant Road. 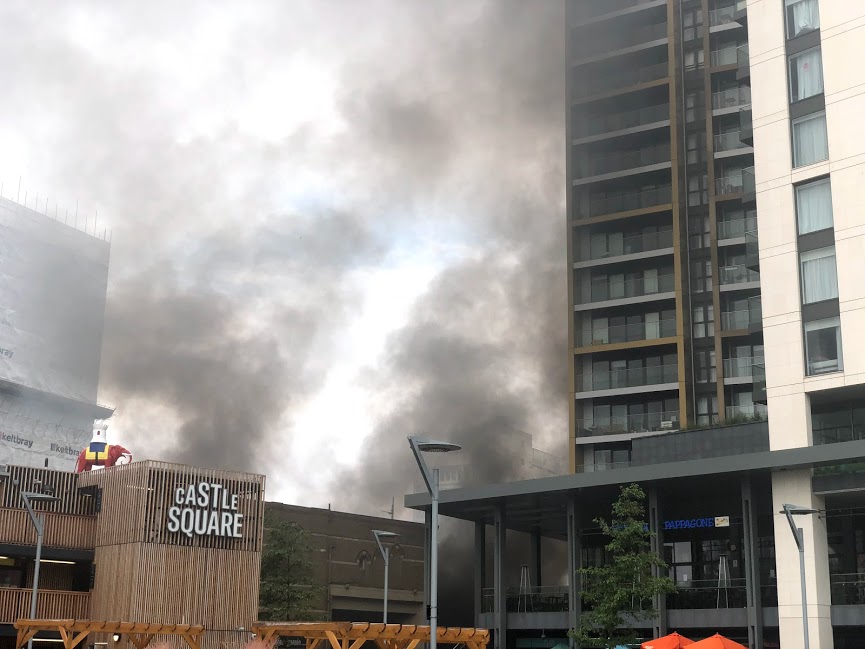 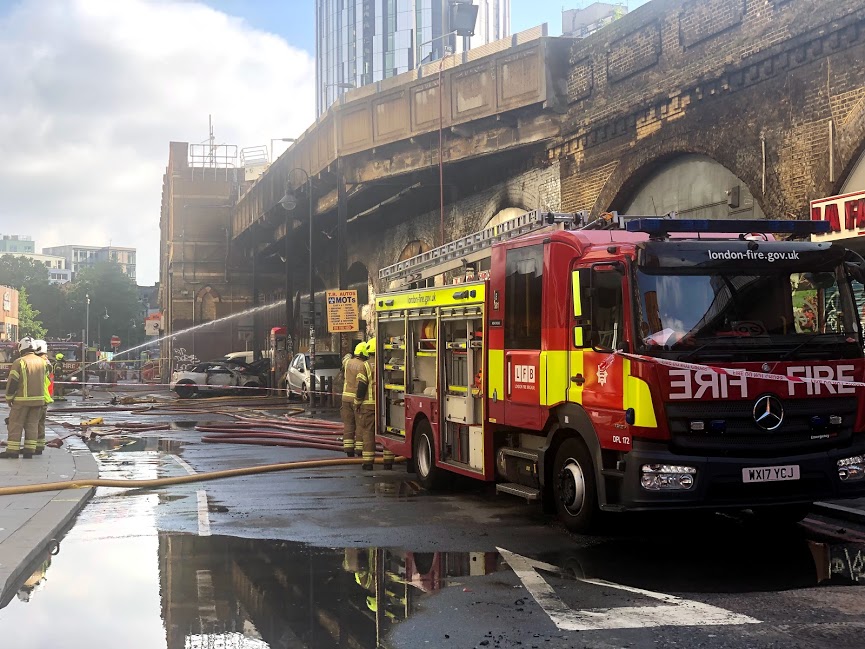 Six people were treated at the scene by the London Ambulance Service and one was taken to hospital.

Station commander James Ryan, who was at the scene, said: "Local people were advised to keep their windows and doors closed whilst firefighters worked to bring the fire under control.

"The station and nearby buildings were evacuated."

The London Fire Brigade received 46 calls from the public about the blaze.

The brigade was called at 1.43pm and the fire was under control just under two hours later.

Fire crews from Old Kent Road, Lambeth, Soho, Whitechapel and surrounding fire stations attended the scene, with crews from as far afield as Feltham arriving later in the day to continue efforts to quell the fire.

At one stage there were significant road closures including New Kent Road and Walworth Road.

The Salvation Army set up a catering truck in New Kent Road to provide refreshments to the emergency services.

Network Rail says that initial indications show that signalling equipment may have been damaged and repairs may be needed before train services through Elephant & Castle can resume.

Mayor of London Sadiq Khan said: "My thoughts are with all those affected by the very serious fire in Elephant and Castle. I am in close contact with the Fire Commissioner.

"I want to thank our brave emergency services – the London Fire Brigade, Met Police, London Ambulance Service and British Transport Police – who acted quickly to ensure both residents and passengers at the nearby station were safely evacuated."

Southwark Council leader Cllr Kieron Williams said: "My thanks to the London Fire Brigade for bringing today's fire at Elephant & Castle under control and to all the emergency services who responded and kept people safe.

"Having visited the site this evening to talk to residents I also want to thank the council teams who have supported them."