An Elephant & Castle bar and restaurant has had its licence to sell alcohol revoked after being linked to 'machete' brawl and bottle attack. 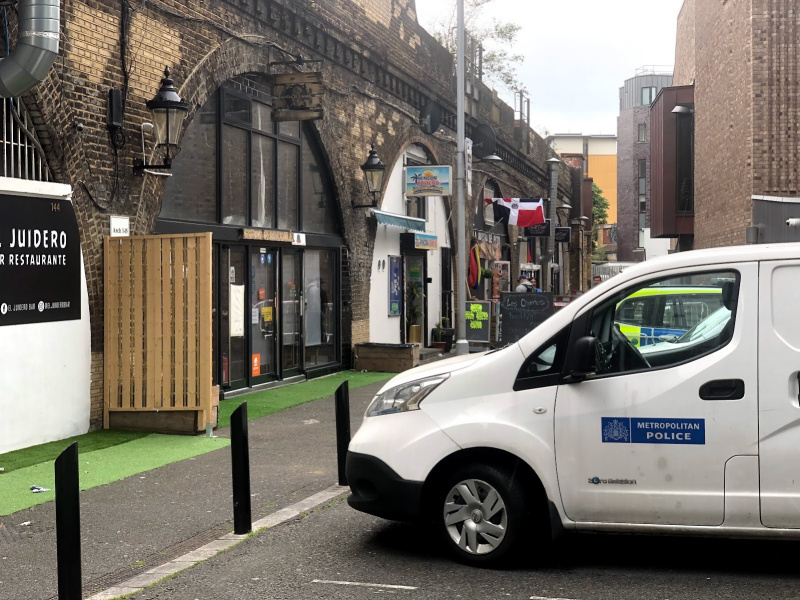 Southwark Council's licensing sub-committee stripped the premises of its licence after a hearing on 11 August.

The Met Police applied to review El Rincon Costeno's licence after a man suffered "significant head injuries" after being smashed with a glass bottle in July.

This meant the eatery was in breach of its licensing conditions.

Police said after the July incident at the Ecuadorian restaurant in Maldonado Walk that no one present rang emergency services and it was a "deliberate act from those at the premises to cover up the fact a serious crime" happened there.

A police officer attended the incident after inspecting another venue nearby.

He "noticed that one of the males was waving a large machete-style knife towards other members of the public in a threatening manner".

According to the police they later tried to get the venue's CCTV footage but were told the system was broken.

The venue's licence was reviewed by the Southwark Council as a result and several conditions were enforced, including permanently barring two people and making sure two bouncers worked Friday and Saturday nights.

But on July 10 this year, police got several calls about another fight at the venue at about 2.40am.

According to the Met Police's licence review: "Police arrived on scene to speak with the victim, the victim was uncooperative towards police, he apparently could not remember where or how he received his injuries and wanted the matter forgotten."

Officers discovered the incident took place in the bar but found it was locked with no staff around.

Someone with a key came down and let police in, where they found a "significant amount of blood, tables and chairs turned over and smashed glass all over the floor".

CCTV footage showed about seven people inside – customers who had stayed after hours and a man who had been barred previously.

It showed him bending down behind the bar and a man coming up behind him and smashing a bottle on his head.

A fight then broke out between the two men, while the other people tried to pull them apart.

The victim, who left, was later brought to hospital in an ambulance.

Police said in evidence to Southwark's licensing sub-committee meeting on August 10: "No calls to the emergency services calls were received from the premises or staff.

"On attending the venue it was found locked and secured with a crime scene unattended inside.

"I am of the opinion that this was a deliberate act from those at the premises to cover up the fact a serious crime had occurred on their licensed premises."

During the committee meeting, police, a council licensing bosses and a health and safety officer, all said they lacked confidence the owner could keep to the conditions of the licence.

For the restaurant owner, solicitor Robert Sutherland, said his client knew one of the people inside and believed he would send people home.

He said: "It's accepted that the conditions were breached because of what happened. The point from [his] perspective is that the premises were not open and were in fact closed and he was expecting people to leave."

Mr Sutherland urged the committee to suspend the licence rather than revoke it.

He proposed changes to the licence including reducing drinking hours and the number of people allowed in at one time.

He also said the business is in "substantial debt" and without the licence would not survive.

But the committee decided to revoke the licence – their reasons are expected to be published in five working days.