The charity which owns the statue of Guy's Hospital founder Thomas Guy wants to move it to a 'less prominent' location as a result of controversy about slave trade links, but concedes that permission for the move is unlikely to be granted. 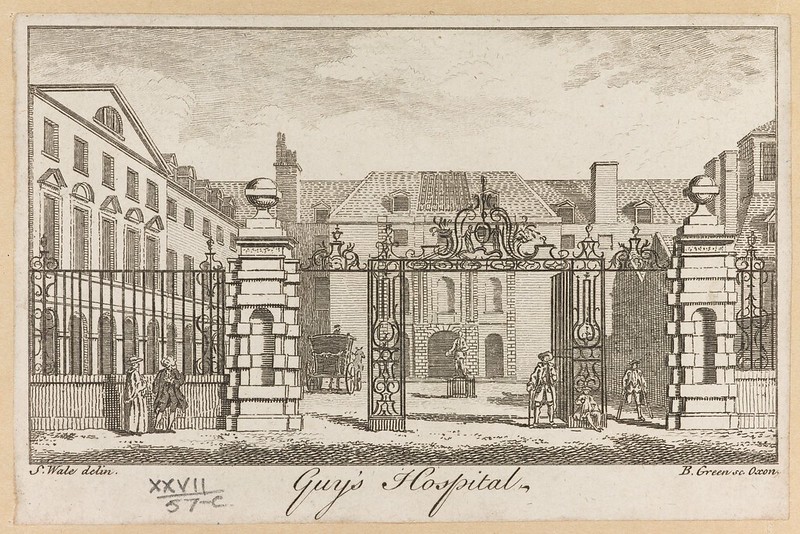 Both statues were boarded up by their owner – the Guy's and St Thomas' Foundation (formerly GSTT Charity) – in June 2020 in the aftermath of the toppling of Edward Colston's statue in Bristol amid a national debate about how historical figures who had links with the slave trade are commemorated.

Applications for listed building consent were submitted to Lambeth and Southwark councils for the permanent removal of the two statues, but both applications were withdrawn before formal decisions were made.

The foundation has now announced that Sir Robert Clayton's statue will remain in place, whilst a new location on the hospital site will be sought for Thomas Guy.

"Like many organisations in Britain, slavery is part of our history, and we believe we have a duty to address its legacies," said Kieron Boyle, chief executive of the Guy's and St Thomas' Foundation.

"Being a charitable foundation focused on improving health involves tackling the health inequalities we see every day affecting Black communities, and making sure the public realm surrounding hospitals is welcoming to everyone.

"Last year we committed to making decisions on the statues of Sir Robert Clayton and Thomas Guy based on a strong understanding of the facts, and the views held about them. Through the independent consultation, we heard from a broad range of voices, including those communities most local to the statues. We sought to Balance these in making our decision.

"The consultation has recommended that we retain both statues in the public realm, provide information explaining how both men made their wealth, and move one of the statues to a less prominent position. It has also suggested that we commission new artistic works to tell the rich story of those involved in the hospitals' history.

"We recognise that these can be polarising debates and are grateful for the wide range of views that shaped these independent recommendations. We are committed to seeing all the changes through. The pace at which we can proceed will depend on planning legislation and political sentiment, as well as the immediate need to prioritise the delivery of COVID-19 vaccinations on the site of the Thomas Guy statue. We have begun by commissioning comprehensive interpretation to accompany each statue."

A historical review commissioned by the foundation and carried out by Dr Michael D Bennett and Esther Brot reaches this conclusion on Robert Clayton: "What is certain is that for nearly a decade of his life Clayton played a leading role in an institution which was responsible for the largest forced intercontinental migration in history.

"Clayton did not extend his charitable instinct for the English poor towards the approximately 44,000 African women, men, and children that were enslaved and transported across the Atlantic under his watch between 1672 and 1681."

On Thomas Guy, Bennett and Brot say: "Guy maintained a large financial stake in a company that transported 15,901 enslaved Africans across the Atlantic (with 12,864 disembarked) between the years that he was an investor. SSC stock was very liquid, and Guy could therefore have sold his shares at any time.

"It is telling, therefore, that he kept his investments in the company for nine years. Guy's Ł45,500-worth of invested capital in South Sea stock helped to finance the SSC's slave trade and its colonial aspirations from 1711 and 1720."

The foundation has published a legal opinion by Morag Ellis QC which warns that a planning application for relocation of the statue would be likely to be 'called in' by the Government and the chance of receiving permission are slim, given ministers' public statements against the idea of removing controversial memorials.