In a sign of the changing patterns of commuting, the two electric bus routes that were once jammed with office workers travelling from Waterloo Station to their workplaces in Victoria, Holborn and the City have had their service slashed by TfL. 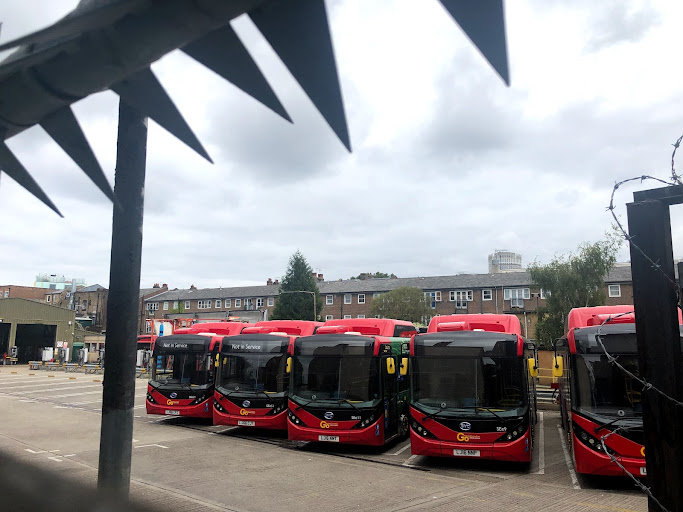 Electric buses at Waterloo Garage, home of the 507 and 521

Routes 507 and 521 are the remnants of the once extensive Red Arrow network of buses linking mainline stations.

The routes are operated by electric buses based at Waterloo Garage in Cornwall Road.

The weekdays-only 521 has the distinction of being London's most frequent bus route, but this week has had its timetable radically pruned in response to the diminished number of commuters to central London offices.

Route 521's pre-COVID rush hour service saw 26 buses leave Waterloo for Holborn, the City and London Bridge in the hour between 8am and 9am. This has been reduced to a mere 12 departures in the same time period, a reduction of more than 50 per cent.

On the 507, 14 buses would leave Waterloo for Victoria via Lambeth Bridge in the hour between 8am and 9am. Under the current timetable, eight buses are now scheduled during that time.