A new entrance to Elephant & Castle tube station will be built by the developers of the shopping centre site - but it might be left empty if Transport for London can't afford to finish the work. 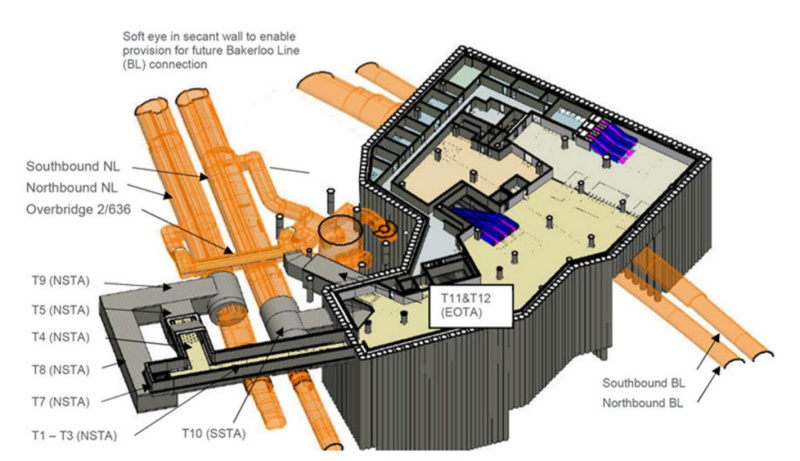 Next week TfL's programmes and investment committee is expected to give the go-ahead to Delancey building a new box for a new ticket hall as part of the redevelopment of the shopping centre site – but works will proceed in the knowledge that no funds to complete the work have yet been identified.

According to a report published in advance of next week's meeting: "TfL's financial position has changed as a result of the coronavirus pandemic and TfL cannot currently commit to provide its intended share of funding for the completion of the proposed ... scheme.

"This means that the full scheme is currently undeliverable as originally envisaged.

"Rather than impede the implementation of the development which will provide significant regeneration benefits to London, it has been agreed with London Borough of Southwark and the GLA to use only existing third party funding to deliver a core scope of works which includes the new station box, enabling works and connecting tunnels.

"This proposal defers the station fit-out and station opening until TfL can commit its share of the funding in the future, but crucially enables the development, with new homes, education, office and leisure to proceed."

The new station entrance will include escalators as well as lifts to provide access to the Northern line.

Provision in the design has been made for connections to the Bakerloo line extension if it is ever built.