The death was announced on Friday of Canon Richard Hearn, dean of Southwark's Roman Catholic cathedral. 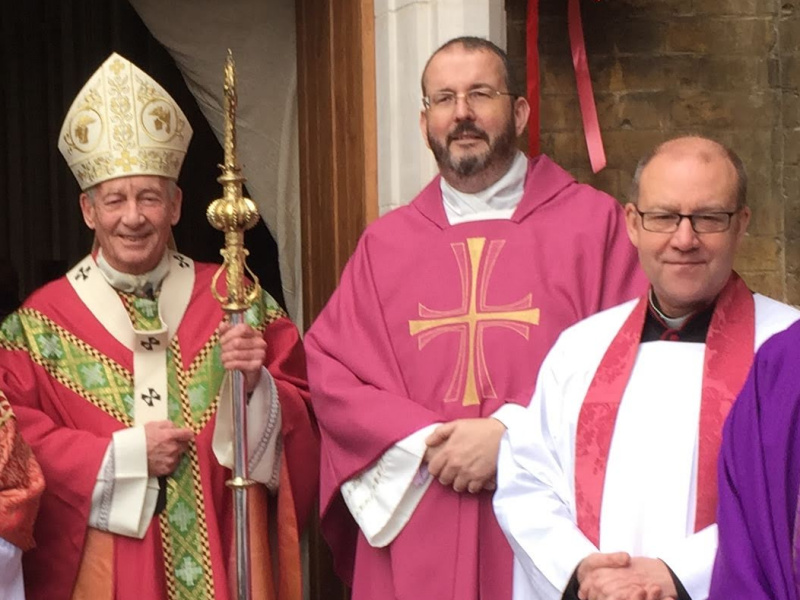 Canon Richard Hearn (centre) pictured in 2015 with the late Archbishop of Southwark the Most Revd Peter Smith and the Very Revd Andrew Nunn, Anglican Dean of Southwark

A statement posted on the St George's Cathedral website said: "His unexpected passing is a great loss to all at the Cathedral and the Archdiocese of Southwark, and he will be much missed by those who knew him.

"We give thanks for his selfless service as a priest and in particular, for his dedication to this Cathedral community, by whom he was much loved."

Paying tribute on Twitter, the cathedral's director of music Jonathan Schranz wrote: "Canon Richard was the first to insist that the boy and girl choristers at St George's should have an equal part to play in the major liturgies of the church year at the Cathedral.

"This was a significant development, and one of which he was very proud."

Canon Richard Hearn was appointed as dean of St George's Cathedral in 2015 having previously served as a full-time prison chaplain in Kent.