Plans to create a low traffic neighbourhood in the streets west of Blackfriars Road have been pared back by Southwark Council citing 'safety concerns'. 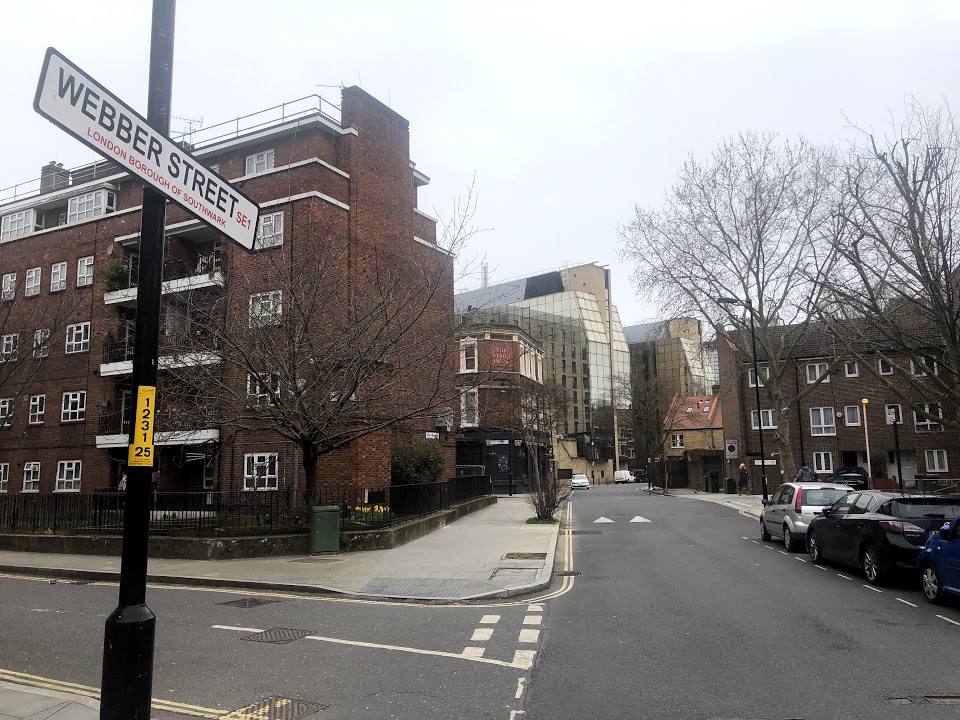 Under the original plans, this section of Webber Street would have been closed to motor traffic

Earlier this year we reported on proposals by Southwark Council to cycle-only section on the western arm of Webber Street, preventing motor traffic from using the road as a link from Blackfriars Road to The Cut.

Webber Street is on the route of Cycleway 10 (formerly Quietway 1) from Waterloo to Greenwich.

Although the council had said that the measures would be introduced at Easter 2021, the Blackfriars Road Area Low Traffic Neighbourhood never came into effect.

This week the council published a public notice revoking the experimental traffic order for the LTN.

"The Blackfriars LTN trial is not proceeding in its original form due to safety concerns at the Blackfriars Road/Webber Street junction," says the notice signed by head of highways Dale Foden.

The notice adds that "new measures will be introduced in the Webber Street area, as a separate trial".

Another notice published by the council says that an experimental order will be introduced on 4 November "to promote walking and cycling transport modes and deter motor vehicle usage in the vicinity of the Webber Street area":

A council spokesperson said: "As part of our work to encourage greener and safer travel on the borough's roads, we had originally proposed a Streetspace scheme that included carrying out changes to Blackfriars Road. As the road is actually looked after by Transport for London (TfL), the proposal was assessed to review the effects on bus journey times on this important route.

"Following discussions with TfL, we've redesigned the scheme so the overall layout of the road doesn't really change. However, there are some new elements introduced to discourage general vehicle use, including a banned turn and one-way roads."