Day of the Dead: image of La Catrina presented to Crossbones

A La Catrina figure has been presented to Crossbones Graveyard by the Mexican ambassador. 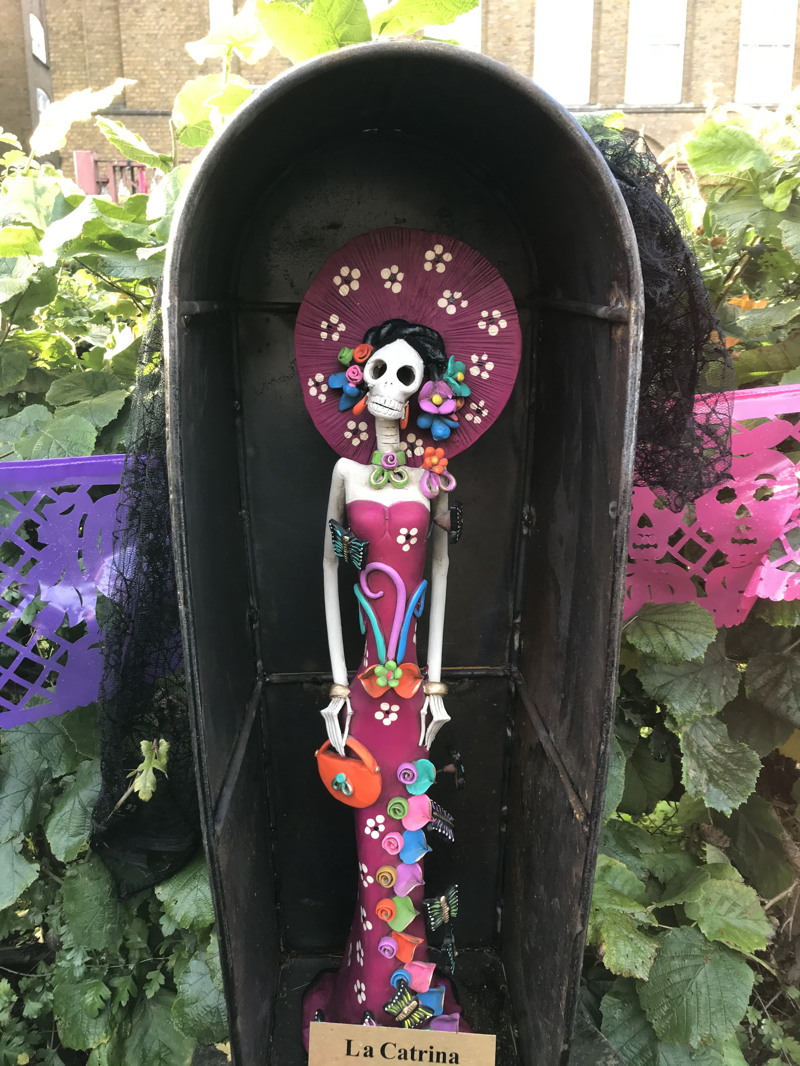 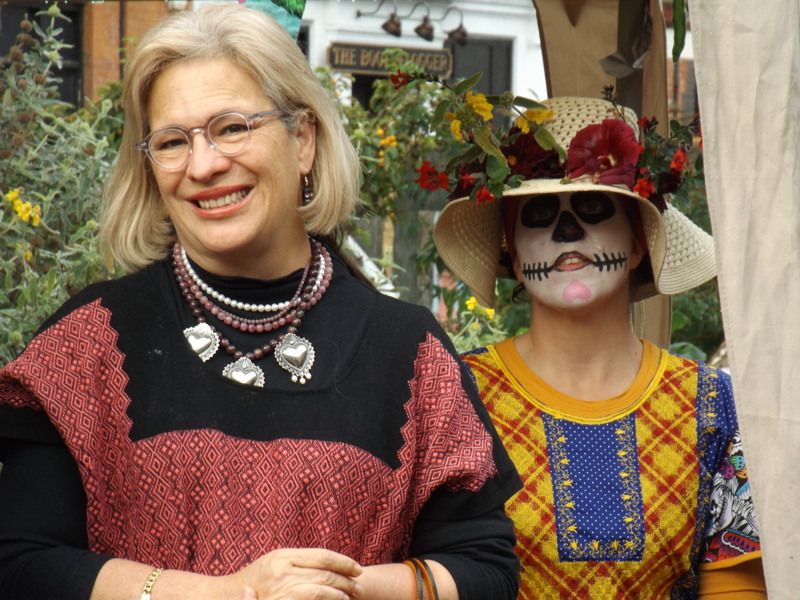 Her Excellency Josefa Gonzalez Blanco was present at Crossbones on Friday afternoon for a Día de los Muertos, or Day of the Dead, celebration.

Thousands of people – especially those on the margins of society including prostitutes from Bankside's brothels – are thought to be buried at Crossbones in Union Street where burials continued until 1853.

Mexican Day of the Dead is a celebration observed over the first two days of November, All Saints Day and All Souls Day. It is a family and community occasion when the recent departed are remembered by partying with special food at home or during the night at the graveside. Sometimes favourite dishes of the dead are placed in front of pictures on home-made altars.

La Catrina first appeared 75 years ago in a mural by artist Diego Rivera and has become the Day of Dead symbol. His inspiration was the work early 20th century Mexican cartoonist José Guadalupe Posada who said: "We are all skeletons".

The image given to Crossbones is an authentic Catrina made in Mexico and will remain a permanent feature of the site.

The ambassador was introduced by Bankside Open Spaces chair Tim Wood. Earlier Helen John of BOST had welcomed guests whilst dressed in Day of the Dead clothing with her face painted in Mexican skull tradition.

The ambassador said that she had found Crossbones to be "something really powerful" when shown it one Sunday afternoon soon after her appointment to the United Kingdom. "I could immediately relate to the sorrow over time. I had to do something here. I was connected to it."

Southwark Council leader Kieron Williams said: "Here is where we have a bit of history which is so important for what our borough is."

A message of thanks for La Catrina was read from John Constable who has long championed Crossbones. Present was Lucy Coleman Talbot who is researching Crossbones history and had arranged installations in the garden.

The Mayor of Southwark Barrie Hargrove presented the Ambassador with a Day of the Dead cake from BOST. Refreshments for guests included hot chocolate and Bread of the Dead resembling bones dusted with sugar.

There are plans for Day of the Dead to be an annual event in Southwark.