People living opposite so-called 'dark kitchens' supplying hot food for home delivery say their lives are being made hell by delivery drivers who defecate outside their flats and shout abuse at them. 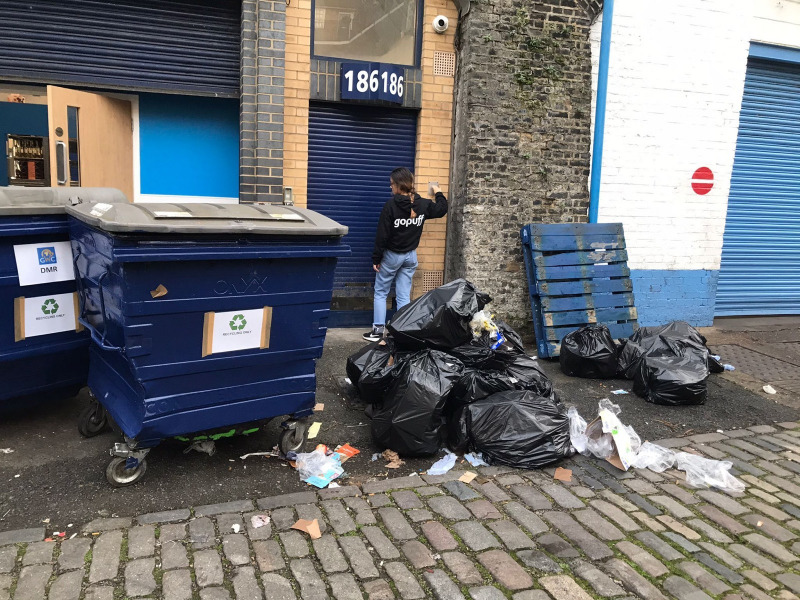 Residents of York House in Carlisle Lane – near Archbishop's Park in North Lambeth – say they have seen raw meat dumped in the street, delivery drivers having sex and rats running along their balconies since the kitchens opened in 2016.

The railway arches along Carlisle Lane and Hercules Road opposite their flats are home to ten so-called "dark kitchens".

Takeaways cook food there before riders deliver the meals to people's homes.

But residents say they're victims of a hate campaign that drivers launched after they complained about their behaviour.

They claim the abuse culminated in a group of men launching a firework at an elderly resident last month.

They are now calling on the council to close down the nuisance kitchens, which they say should never have been allowed to open in a residential neighbourhood in the first place.

Pensioner Sylvia has lived in York House for two decades said the groups of drivers congregating outside the block were so threatening she wouldn't have friends over.

The 72-year-old said: "It's so intimidating when they're stood outside the block and under the arches.

"There's no way I would ask any of my family or friends around after dark.

"I've had verbal abuse in the past after I said 'excuse me' to get past them. They told me I shouldn't be out.

"They're there from morning time to the afternoon to 2 or 3am.

"They've put up black bin bags on the fence outside the block for their rubbish but there's still rubbish all under the arches.

"We've had rat problems and I've lived her around 20 years and we've never had problems with vermin before. It's horrible."

Another resident of York House, who was too scared to give his name because of the abuse he has faced, said delivery drivers had launched a campaign of intimidation against residents.

He said: "It's intimidation. There's violence. There are threats. It has made living here a nightmare.

"We had one lady who lives nearby have a firework launched at her the other month.

"There are deliveries at 3 or 4am. It's so noisy. At one point they were playing table tennis in the street in the early hours. It's ridiculous.

"There were vats of used oil and fats outside left uncovered for a period of time. It's disgusting.

"We submitted a petition to the council and we're hoping they will close them down completely."

A petition objecting to the kitchens signed by residents and local businesses in the area was sent to Lambeth Council and the police in November.

It was presented by councillor Ibrahim Dogus at a council meeting last month.