A 23-year-old man has died after being stabbed at the Elephant & Castle on Tuesday night. 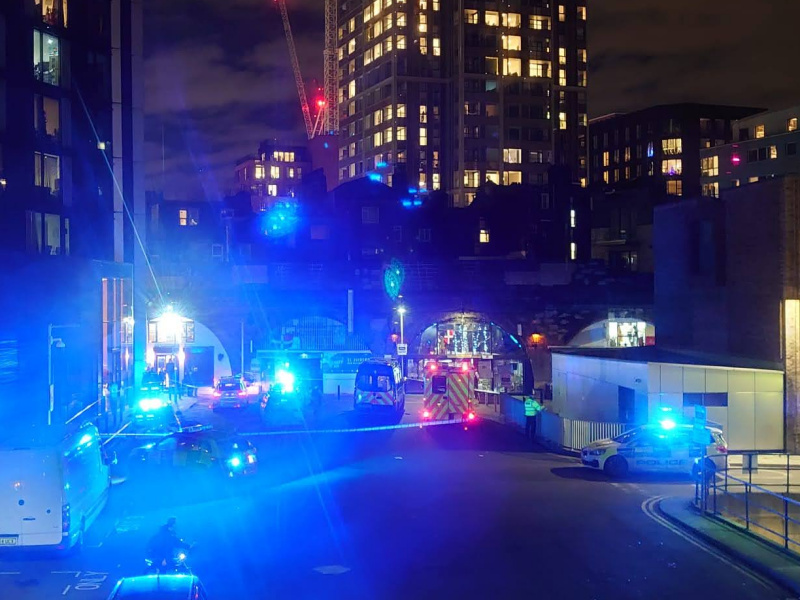 A Metropolitan Police spokesperson told SE1 that officers were called at 7.46pm on Tuesday to reports of a stabbing in Hampton Street SE1.

"Officers attended with medics from the London Ambulance Service and London Air Ambulance.

"Despite the best efforts of the emergency services, a 23-year-old man was pronounced dead at the scene.

"His next of kin have been informed and an investigation is under way.

"Anyone who witnessed the incident, or who has information about what took place, should call 101 giving the reference 6908/14DEC.

The medical operation appeared to be centred on the Ecaudorian restaurant El Rincon Costeno in Maldonado Walk, under the railway arches close to the Crossway Christian Centre and Strata tower.

Police cordoned off an area between the Draper Estate and the railway viaduct, south of Strata and north of Crossway.