Five years after the terrorist attack on Westminster Bridge, a plaque has been installed in the centre of the river crossing bearing the names of the five people who were fatally injured. 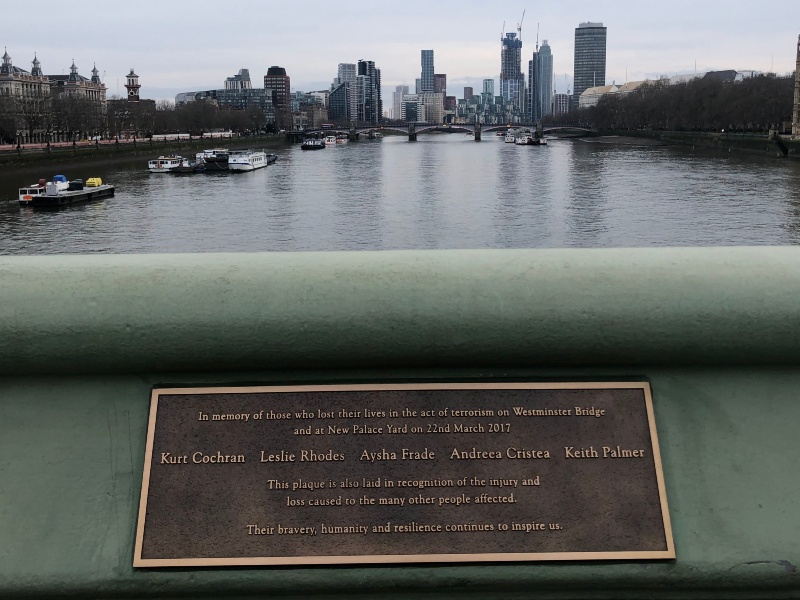 The bronze plaque has been installed by Westminster Council on the south parapet of the bridge.

The plaque carries the names of Kurt Cochran from the USA, Aysha Frade and Leslie Rhodes from London and Andreea Cristea from Romania who were fatally injured on the bridge on 22 March 2017 and PC Keith Palmer who was killed a short distance away in New Palace Yard.

The plaque is said to have the support of the families of all the people who died, as well as a group of survivors.

Plans for the memorial were also endorsed by the Mayor of London and the Speaker of the House of Commons.

Work to remodel Westminster Bridge to include permanent bollards separating cyclists and pedestrians from motor traffic has been completed over the past few months.