The tomb of Captain William Bligh of 'Mutiny on the Bounty' fame is one of the monuments featured in a Lambeth Council consultation on statues, memorials and street names with potential links to the transatlantic slave trade. 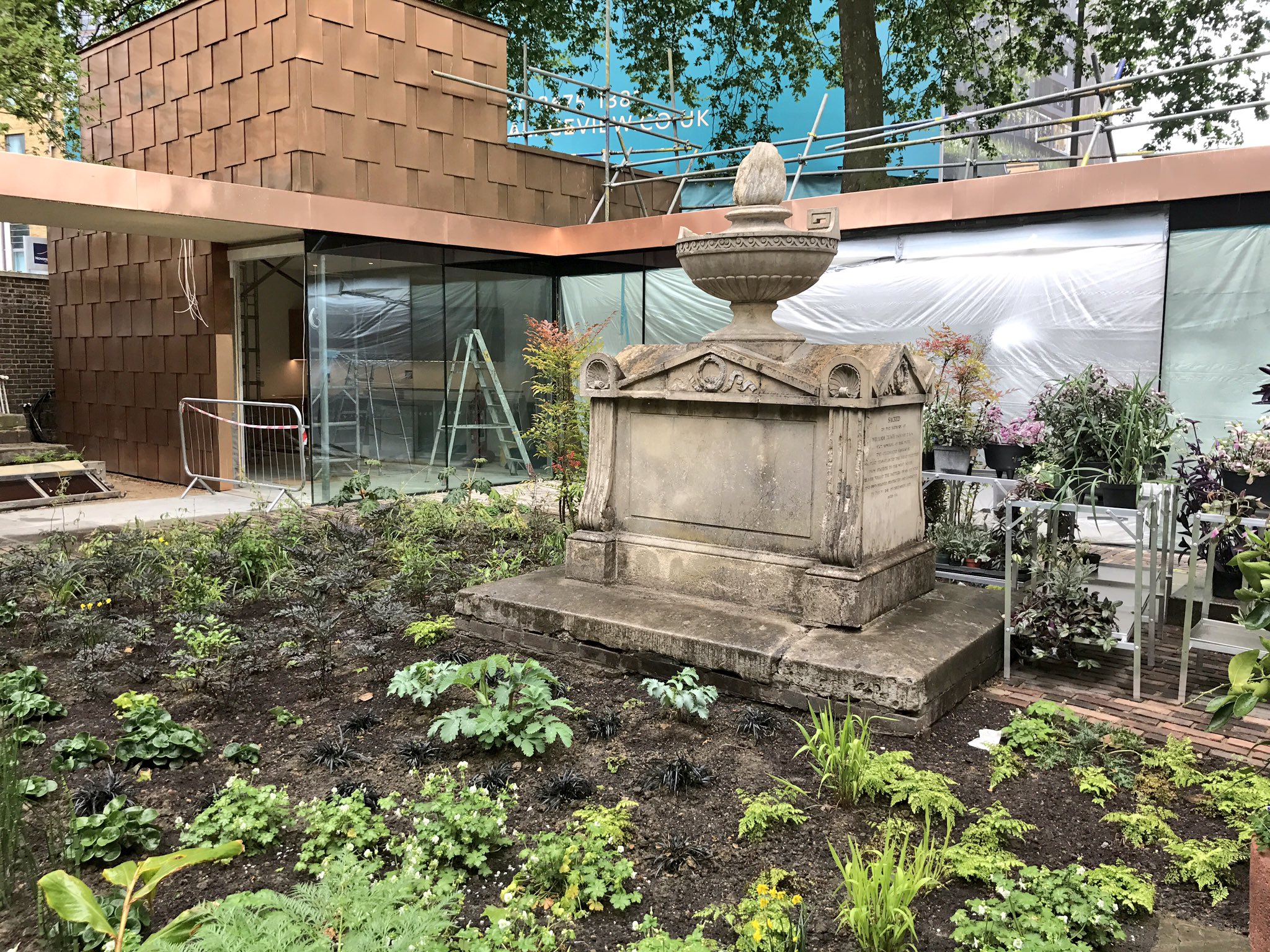 The tomb of William Bligh at the Garden Museum

Last year Lambeth Archives produced a list of places in the borough which could be regarded as having links to the slave trade.

Captain Bligh was buried in the churchyard of St Mary-at-Lambeth and his tomb – made of local Coade stone produced on the South Bank – is now at the centre of the Garden Museum's courtyard.

In 1789 Bligh survived a 4,000-mile voyage in an open boat after disaffected crewmen on the HMS Bounty staged a mutiny in the Pacific.

The story of the Bounty and its crew has been the subject of five feature films and a stage musical.

The council says that Bligh "transported breadfruit from the Pacific to the Caribbean, which became a staple food for those labouring on slave plantations".

Although the borough's own archivists noted that Bligh's association with the slave trade was 'marginal', his tomb has been included in the public consultation launched by the council this month asking for views on how contested memorials should be treated.

Bligh's house in Lambeth Road – just across the borough boundary in Southwark – carries a blue plaque.

The Lambeth consultation doesn't mention another notable tomb in the St Mary-at-Lambeth churchyard – that of the Tradescant family – but it does highlight the naming of Tradescant Road in SW8 as potentially controversial.

John Tradescant the Elder and the Younger were "Lambeth gardeners who made occasional use of slave trade vessels travelling to North America and Africa for the transport of botanical and anthropological specimens".

It was their connection to St Mary-at-Lambeth that led to the founding of the Garden Museum in the disused church building.

Other figures mentioned in the Lambeth consultation are Oliver Lytttelton, after whom one of the National Theatre's auditoriums is named, and Sir Robert Clayton, whose statue at St Thomas' Hospital was the subject of a consultation by the Guy's and St Thomas' Foundation last year.

Cllr Sonia Winfred, Lambeth's Cabinet member for Equality and Culture, said: "Following an initial period of thorough research we know that there are a small number of sites in the borough with links to the transatlantic slave trade, and we want to talk to local people about how and what is possible to address that".

• The Lambeth United consultation is at https://lambethunited.commonplace.is

• Meanwhile neighbouring Southwark Council has launched a new name bank to help increase diversity in the names of local streets, parks and buildings. The council is asking residents to suggest names celebrating role models and heroes "that represent Southwark's diverse Black, Asian and other ethnic minority communities, and other under-represented groups including women, LGBTQI+ people and disabled people".