The Archbishop of Canterbury travelled by boat from Lambeth Palace to London Bridge on Sunday to visit Southwark Cathedral as part of its 1400th anniversary celebrations. 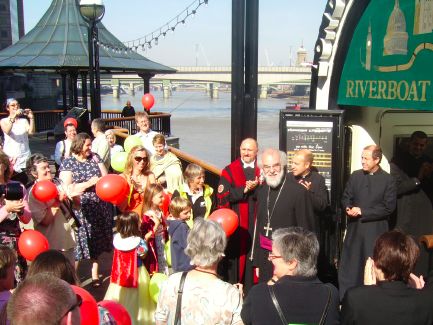 The Archbishop is greeted with applause at London Bridge City Pier 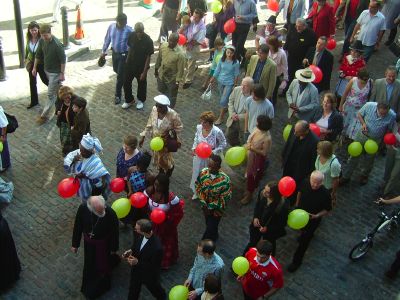 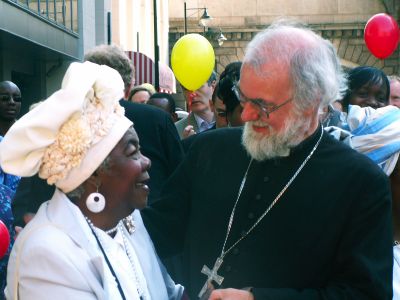 Dr Williams was greeted warmly by members of the cathedral congregation 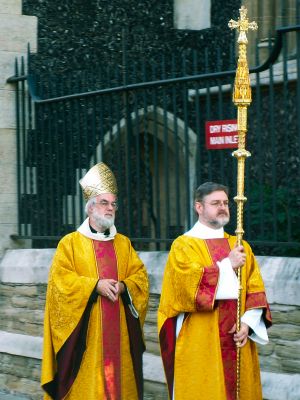 The Archbishop processes into the cathedral preceded by the Primatial Cross

Dr Rowan Williams and his family travelled from their London residence at Lambeth Palace on the motor launch Zodiac.

The Archbishop was greeted at London Bridge City Pier by members of the clergy and congregation who then walked together to Southwark Cathedral.

Dr Williams presided and preached at the Choral Eucharist for the patronal festival of the cathedral, which is dedicated to St Mary.

Following the service and coffee in the courtyard the Archbishop and Mrs Williams had lunch with members of the cathedral â€˜newgroup' which is a group of under thirties who are new to the cathedral.

Dr Williams is the latest in a series of Archbishops to preach at the cathedral as part of its anniversary celebrations in 2006 – following the Archbishop of Canada and the Presiding Bishop of the Episcopal Church of the USA – with the Archbishops of Brazil and Cape Town still to come.

In 2005 celebrations were held to mark 100 years since the church was given cathedral status when the Diocese of Southwark was created in 1905.

Dr Williams' visit was the highlight of the cathedral's patronal festival weekend, which also includes receptions to say thank you to donors and to the many volunteers who work for the Cathedral.