The Queen and the Duke of Edinburgh came to Southwark on Thursday to officially open the new headquarters of the London Fire Brigade in Union Street. 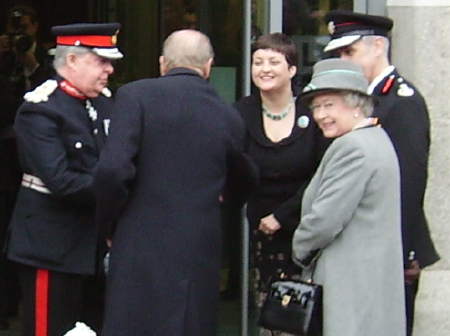 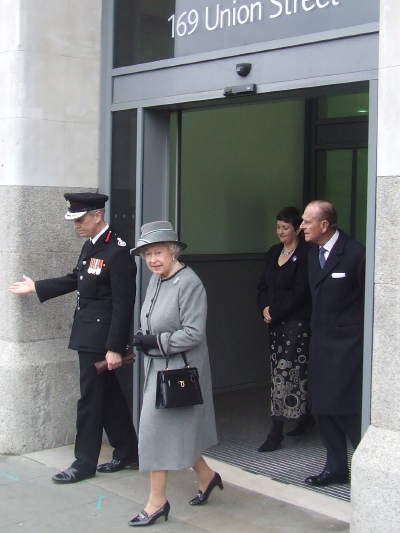 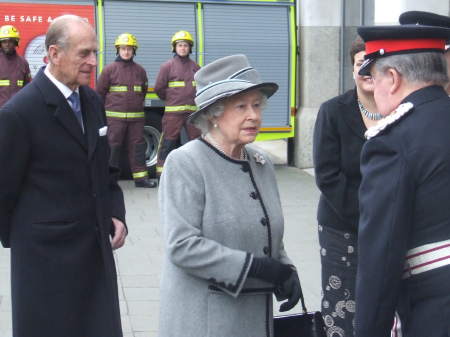 The Duke of Edinburgh and the Queen with Lord Imbert 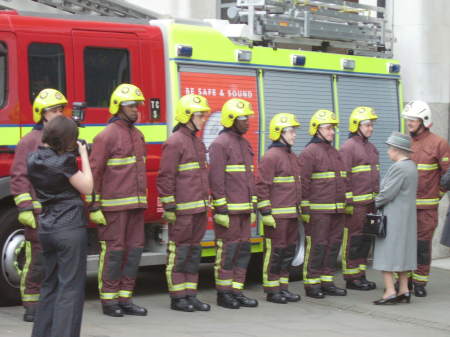 The Queen and the Duke chatted with trainee firefighters

For more than 70 years the London Fire Brigade has been based on Albert Embankment, but two years ago it decided to relocate to the former Royal Mail parcels sorting office in Union Street.

The new headquarters – close to the brigade's training centre and museum in Southwark Bridge Road – is now up and running and the Queen unveiled a plaque to mark the official opening of the refurbished building during her visit.

Approximately 800 staff work at the Union Street headquarters and the overall cost of the relocation project was Ł25 million.

On arrival in Union Street the Queen and the Duke of Edinburgh were greeted by the Lord Lieutenant for Greater London, Lord Imbert, London Fire Commissioner Ron Dobson, Val Shawcross AM, chair of the London Fire and Emergency Planning Authority, and the Mayor of Southwark Cllr Bob Skelly.

The Queen and the Duke were given a guided tour of the building, including the commissioner's conference room where major incidents are co-ordinated, the library and the gym.

Before departing, the Queen and the Duke met trainee firefighters from the Southwark Training Centre.

A crowd of nearly 80 local office workers and residents gathered at the junction of Union Street and Ewer Street applauded the royal couple as their car drove away.

The former parcels sorting office dates from 1905. Since its conversion to office use the building has been occupied by Sainsbury's and Accenture.

The brigade's former headquarters building near Lambeth Bridge – opened by the Queen's father George VI in 1937 – has been sold to developers Native Land.