Transport for London has had a change of heart and cut the price of a platform ticket at Southwark Underground Station by 80 per cent. 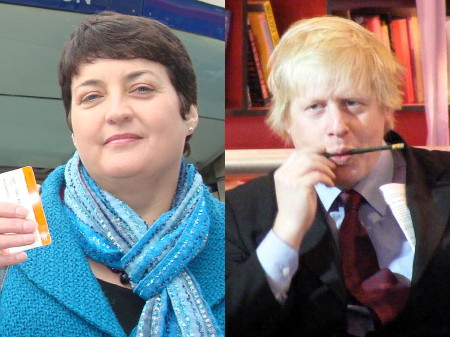 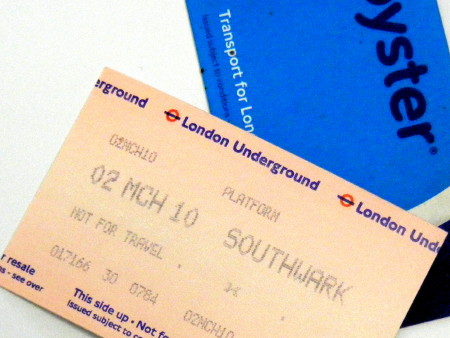 Since the start of January passengers travelling from Waterloo East on Southeastern trains using rail season tickets or Oyster pay as you go have been able to use Southwark Station's entrance on Blackfriars Road as a quick route to the mainline platforms without incurring any extra charge.

In January we reported criticism by Lambeth and Southwark's London Assembly member Val Shawcross of the 'stingy' Ł1 platform ticket charge for National Rail passengers using paper tickets who wished to use Southwark Station as a shortcut to and from the platforms at Waterloo East.

Now Transport for London has had a change of heart and cut the price of a platform ticket to just 20p. It has also reprogrammed the ticket gates to allow anyone with an Oyster card to use the shortcut regardless of whether or not they are using Oyster for their rail journey.

"I have no doubt that the passengers who write to you on this topic are honest citizens with no intention to defraud the system," said Mayor of London Boris Johnson in a written response to Val Shawcross.

"However, I am sure you will agree that TfL should do all it can to reduce the potential for ticketless travel whilst ensuring that the vast majority of passengers can move through the system quickly and easily.

The Mayor added: "TfL reviewed the charge recently and because of the unique situation at Southwark decided to reduce the cost of a platform ticket from Ł1 to 20p. TfL considers this to be a reasonable nominal charge for people without a valid ticket wishing to use Southwark as a shortcut.

"From 27 February TfL [has implemented] a system whereby customers who are not currently using (or who are currently unable to use) Oyster as a part of their National Rail journey can use an Oyster card to pass through the gates free of charge. TfL is therefore encouraging all customers to use an Oyster card to remove the requirement to purchase a platform ticket in future.

The Mayor of London says that the arrangement at Southwark is in place to reduce the risk of fare evasion and not to earn extra revenue for TfL.

TfL says that about 60 platform tickets a day are sold at Southwark.

Network Rail has acknowledged that the main access to Waterloo East is overcrowded and had previously proposed a new peak hours entrance at the Southwark end of the station.

The newly relaxed ticketing arrangements at Southwark Underground Station may go some way to reduce the urgency of the calls for a new entrance to be created.