Southwark Council has revealed early concept diagrams for a new leisure centre at the Elephant & Castle to include a swimming pool but less space for sports such as netball and basketball. 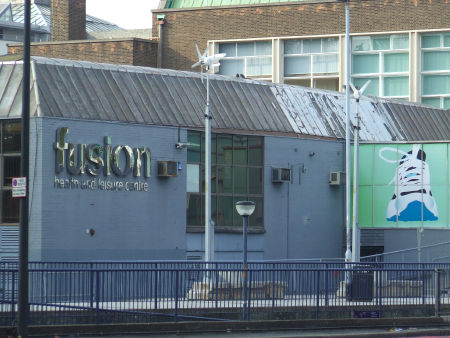 In July Southwark's cabinet confirmed that the current Elephant & Castle Leisure Centre site next to Metropolitan Tabernacle is the preferred location for a new leisure facility.

This summer the council has been carrying out a consultation to find out what local residents would like to see included in a new leisure centre.

This week two conceptual internal diagrams for new leisure centres were unveiled at a public exhibition.

Both options include a 25-metre swimming pool, learner pool, gym and exercise/dance studio. One option has a four-court sports hall and the other option has no sports hall at all.

The current centre has eight courts in its sports halls which can be used for badminton, basketball, 5-a-side football, netball, volleyball, short tennis and table tennis.

Council leisure bosses admit that the existing eight courts are well-used but if the community wants a new swimming pool then there may have to be a trade-off with other activities.

The new centre would be funded by a housing development on the front half of the existing leisure centre site as well as payments from the council's Elephant & Castle regeneration deal with Lend Lease.

Detailed design work will be carried out during 2011. Construction could start in early 2012 with the centre opening to the public about 18 months later.

• The conceptual diagrams for a possible new centre will be on display in the reception area of the leisure centre until the end of September.

• The public consultation period has been extended and will now close on Friday 8 October; an online questionnaire can be completed at www.surveymonkey.com/s/FNP7FYG