The Bishop of Southwark came to the rebuilt St Hugh's church on Crosby Row on Saturday evening to preside at a service of dedication. 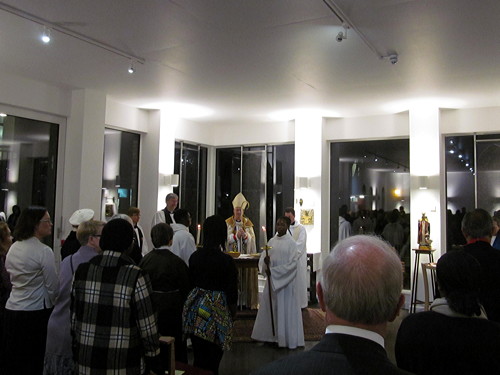 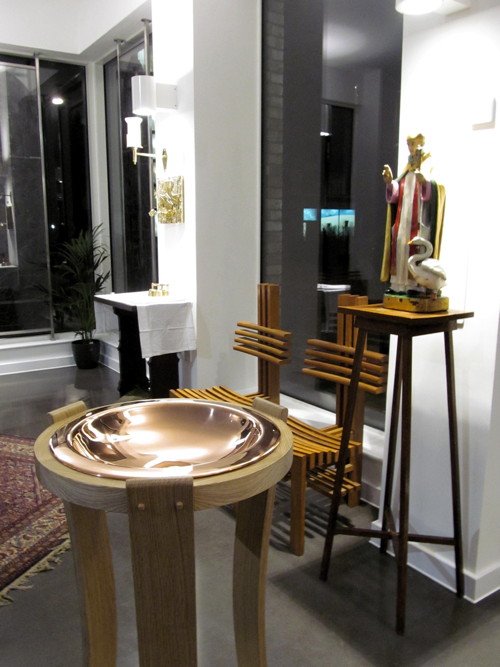 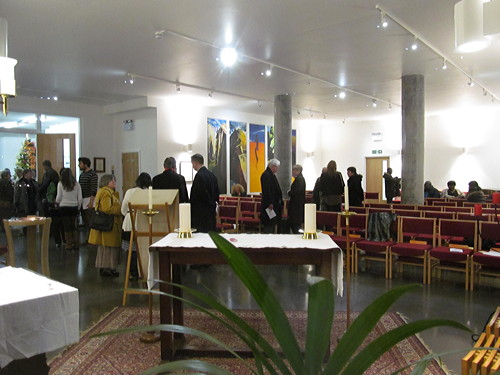 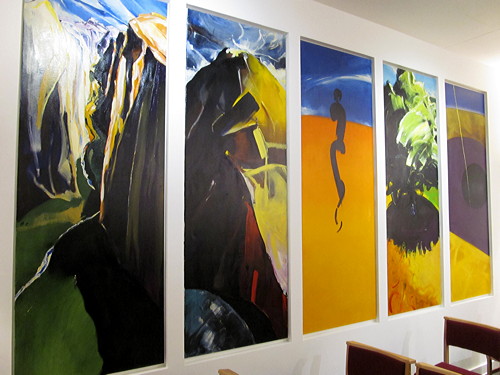 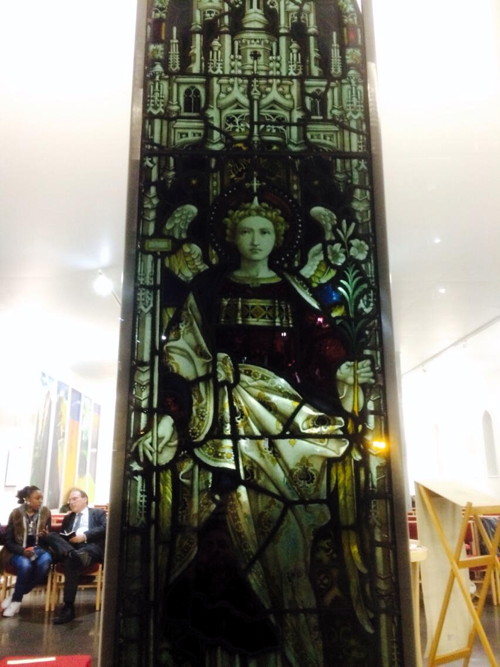 The Anglican church at the corner of Crosby Row and Porlock Street closed in July 2011 to allow the site to be redeveloped.

St Hugh's had formed part of the Charterhouse-in-Southwark settlement, established in 1885 by old boys of Charterhouse School to provide education and amenities to the deprived communities of Bermondsey.

When in 2008 the Charterhouse-in-Southwark charity decided to shut down its services in favour of becoming a grant-giving body the future of St Hugh's was in doubt.

The site was sold to the Family Mosaic housing association who have built a new St Hugh's as part of a mixed-tenure housing scheme marketed as the Murano Building.

Designed by local architect Michael Trentham, the homes above the church will be completed early next year.

The new church – much more visible to passers-by than its predecessor – is now open for worship.

In his sermon the Bishop of Southwark, Rt Revd Christopher Chessun, said: "The work of proclaiming a Gospel of love in this community has never been more pressing or urgent.

"For we are richer than we have ever been as a society, yet we know from the reality of life in this community that some struggle in real, harsh – often hidden – poverty; pressures on family life are great; many do not know stability at home; large numbers of our young people lack hope; there is a lack of equality of opportunity and society and communities are fragmenting at an alarming rate."

He added: "There is much in this great borough to be proud of; yet all around us we see the work still to be done."

The Bishop said that the new St Hugh's will proclaim "...a vision of society in which all are welcomed and have a place; where the barriers we set up between ourselves are broken down and where the love of God is shouted from the rooftops".

He also expressed appreciation to the neighbouring parish of St George the Martyr in whose church the St Hugh's congregation has worshipped for more than two years.

St Hugh's forms part of the parish of Southwark Cathedral which was represented by the dean, Very Revd Andrew Nunn, and Canon Leanne Roberts.

Past members of St Hugh's clergy, including Revd Joabe Cavalcanti and Revd Kes Grant, also returned to Bermondsey for the occasion.

On Sunday morning the St Hugh's congregation assembled in their new church for a festival Eucharist with the Bishop of Woolwich, Rt Revd Michael Ipgrave, as guest preacher.

The design of the new church includes several elements from the previous building, including stained glass windows, a statue of St Hugh of Lincoln and the distinctive modern interfaith paintings by artist Adam Boulter.

The chairs in the new church have been given by the Charterhouse-in-Southwark charity as a symbol of the historic and enduring links between the two organisations.

Although the distinctive mural that adorned the Crosby Row elevation of the old Charterhouse building has now disappeared, it will be remembered in the name of the community space adjacent to the church which has been named the Rainbow Room. To enquire about hiring the facilities for meetings or parties, call 020 7357 8154.