Southwark Council leader Peter John joined a small group of protesters outside a block of flats in Southwark Bridge Road which has been at the centre of an international media storm after spikes to deter rough sleepers were installed at the entrance. 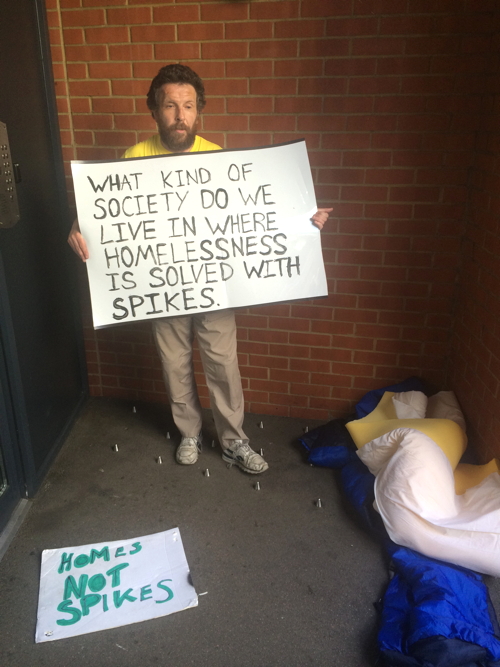 Gary, a former rough sleeper, holds a placard at the site of the controversial spikes 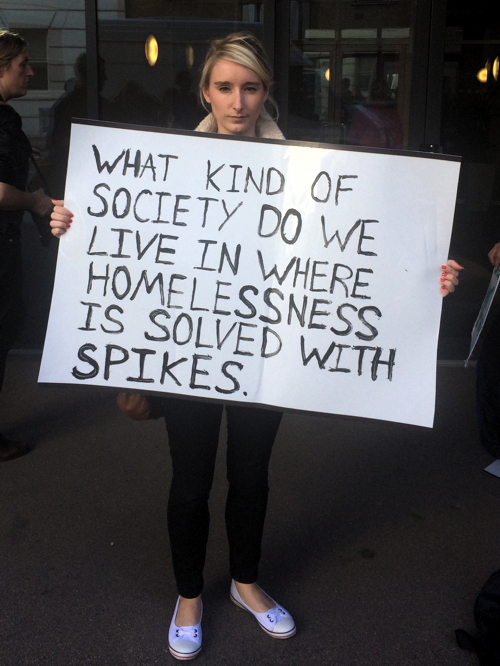 Harriet Wells who started the petition which has gained worldwide publicity 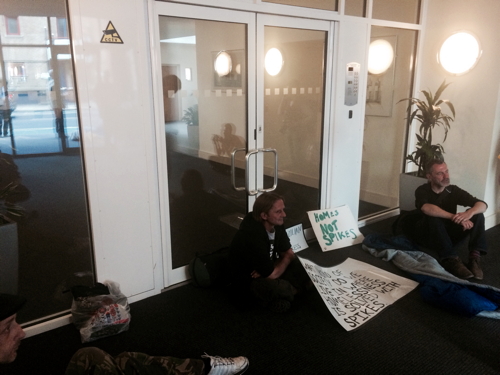 There was a short-lived occupation of the building's foyer

The protest attracted around half a dozen people, and at one stage activists were outnumbered by press and police, including a Canadian TV crew.

Protesters briefly occupied the foyer of the building at 118 Southwark Bridge Road but were soon persuaded to leave by police.

Those joining the protest included Harriet Wells, the mental health nurse who started a petition that, at the time of writing, has gained almost 80,000 signatures.

Earlier this week Mayor of London Boris Johnson made an appeal to the building's owners to remove the studs but the freeholders and their management company have yet to make any statement on the matter.

On Tuesday Southwark Council also revealed plans to save a nearby hostel for homeless people from closure by the Central & Cecil Housing Trust.