A South Bank restaurant named in honour of Mayor of London Boris Johnson has shut down. 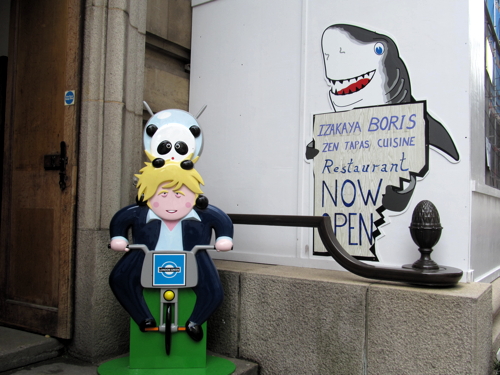 Izakaya Boris – a Japanese 'zen tapas' restaurant – opened at County Hall in May this year.

The restaurant was decorated with plastic signs depicting Boris Johnson riding a Barclays Cycle Hire bicycle with a panda on his shoulders.

The restaurant appeared to be closed on Tuesday night and all trace of the Izakaya Boris signage had been removed from Belvedere Road.

When the London SE1 website called to book a table, the phone was answered at the neighbouring Aji Zen Canteen restaurant.

The woman who answered the phone confirmed that Izakaya Boris had closed down.