An art installation inspired by the stories of a Southwark burial ground and a railway that carried coffins and mourners from Waterloo to Surrey is on show at a Leeds gallery. 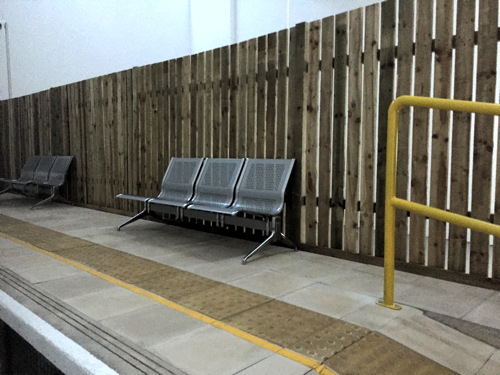 The Necropolitan Line by Katrina Palmer 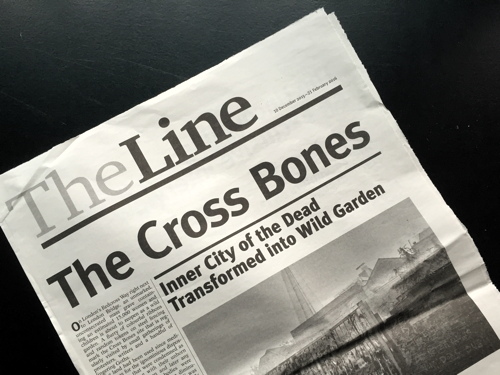 The Necropolitan Line by Katrina Palmer was created for the Henry Moore Institute in Leeds.

The starting points for Palmer's exhibition are the Cross Bones Graveyard in Redcross Way and the London Necropolis Railway, which once linked Waterloo Station to Brookwood Cemetery in Surrey.

In the 1850s it was the squalid conditions at overflowing burial grounds in inner London – such as Cross Bones – that spawned the creation of the huge cemetery at Brookwood near Woking, and the railway which carried coffins and mourners from Waterloo.

The artist uses writing and amplified sound in her sculpture, which consists of two 'waiting rooms' linked by a railway platform.

The piece explores the notions of departures and farewells and their traditional association with railway stations.

An historical diagram of the railway signalling on the approaches to Waterloo – including the Necropolis station in Westminster Bridge Road – features in the first waiting room.

In the second waiting room there are bundles of a newspaper produced by the artist – The Line – which includes articles about Cross Bones, the paupers' graveyard in Redcross Way, and photographs of the remaining traces of the London Necropolis Railway.

Fragments of text from the paper are broadcast in the three galleries as disjointed announcements to would-be passengers.

Adjoining the third gallery is a goods lift. On the hour, every hour, a gallery attendant blows a whistle and dispatches the lift on a journey to the basement.

Exhibition-goers are not permitted to return to the gallery level, evoking the finality of the one-way journey of the Necropolis Railway's passengers.

• The Necropolitan Line is at the Henry Moore Institute, Leeds, until 21 February