Destruction of Christ Church in the Blitz remembered 75 years on 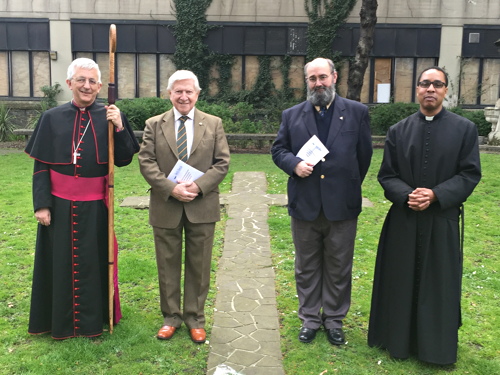 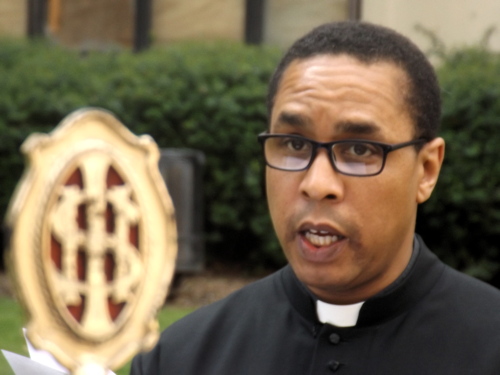 Revd Jonathan Coore, rector of Christ Church, welcomed the congregation to the service 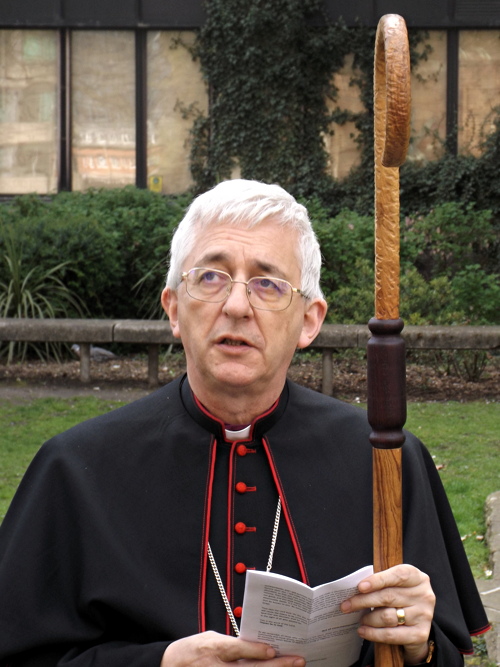 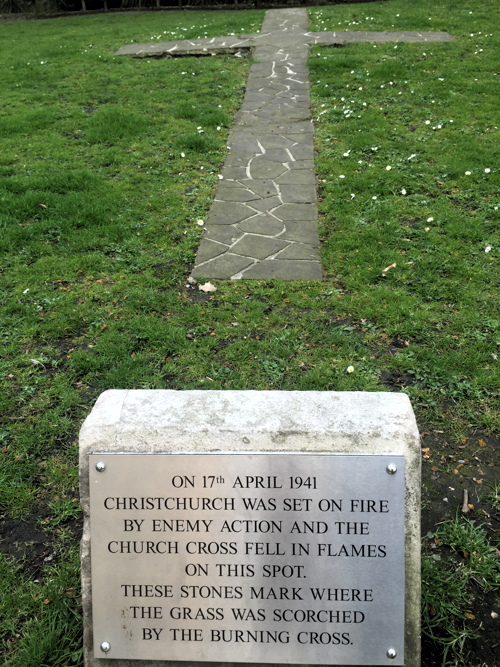 The spot where the burning cross fell from the roof of the church is marked out with stones in the churchyard.

It was at this spot that a small congregation gathered on Sunday afternoon to remember the events of the night of 17 April 1941.

No-one was killed at Christ Church but 17 people involved in civil defence lost their lives in Southwark that night.

Flowers were placed at the foot of the cross by the churchwardens and representatives of the Civil Defence Association.

Rt Revd Michael Ipgrave, Bishop of Woolwich, led an act of commitment to work for peace and gave the blessing.

The memorial plaque in Christ Church Garden was stolen in 2013.

A permanent replacement was installed last year thanks to a grant from Borough, Bankside & Walworth Community Council.

Christ Church was rebuilt in the late 1950s and the current building was opened in 1960 by the Duke of Edinburgh.

It is now a grade II listed building, largely due to its distinctive stained glass windows depicting trades and industries active in the parish.