The foundation stone for the Royal Cobourg Theatre - now better known as The Old Vic - was laid 200 years ago on Wednesday. 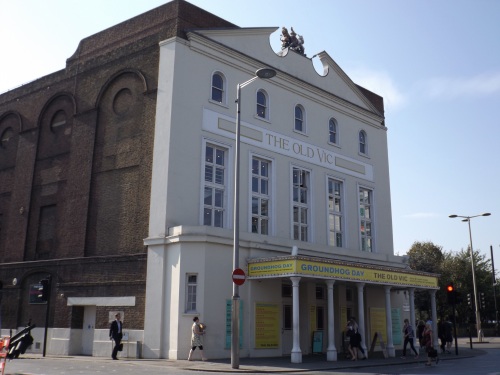 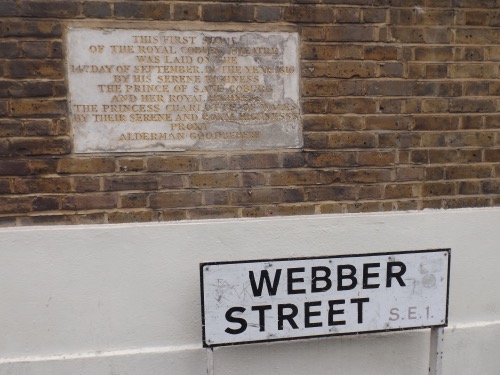 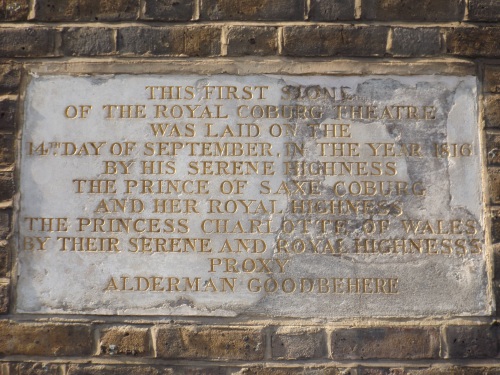 The theatre may lie in Lambeth but it was born out of Southwark. The proprietors of the Surrey Theatre at St George's Circus were so shocked at their rent increase that they decided to build their own theatre.

The landlord was anticipating increased audiences with the opening of Waterloo Bridge so Mr Jones and Mr Dunn chose a site nearer to the River Thames. It was in the new 'Waterloo bridge road' opposite the Pear Tree inn on the site of todays's One Pear Place development next to the Old Fire Station.

A sub-lease was obtained on ground which was part of the Archbishop of Canterbury's Lambeth manor.

But the location was swampy and so the bridge company, anxious to have pedestrians paying a toll, provided stone from the partly demolished 14th-century Savoy Palace which was making way for the northern approach to the new crossing.

Mr Jones and Mr Dunn were joined by artist John Serres who became the third partner in the enterprise. As Marine Painter to George III he had good contacts at court and managed to get the very popular and newly married Princess Charlotte to agree to lay the foundation stone.

A large crowd gathered outside the Pear Tree on Saturday 14 September expecting a royal arrival. Unfortunately, the Princess and her husband Leopold of Coburg did not appear. They are thought to have remained in their home Claremont House at Esher in Surrey where they had been seen the previous day.

As the stone records, Joseph Goodbehere was called on to stand proxy for the Royal couple. He was a City of London alderman and had paid for a celebratory dinner and a cold collation for 140 workman who had started laying the stones from the Savoy Palace.

Ald Goodbehere lived at China Terrace (now China Walk Estate) near today's Lambeth Mission. He died in 1818 shortly after the theatre opened. His funeral was at St Mary Lambeth, now the Museum of Gardening, where there is a monument to him.

Serres painted a drop curtain depicting Claremont for the opening but he was soon in debt and consigned to King's Bench prison off Borough High Street where he died in 1825.

But even before the Royal Coburg Theatre opened Princess Charlotte died in childbirth. She was heir presumtive and in 1833 the theatre was renamed Victoria in honour of heir apparent Princess Victoria who became Queen four years later.

The foundation stone, which has been moved twice, can now be found on the east side of the theatre in Webber Street.

The Old Vic is planning to mark the bicentenary of the theatre's opening in May 2018.

• The Old Vic later became the birthplace of Morley College with a series of 'Penny Lectures'. The tradition has recently been revived and the next Penny Lecture takes place on Wednesday 21 September as part of the Lambeth Heritage Festival.

• The history of the theatre is explored in Terry Coleman's 2014 book The Old Vic: The Story of a Great Theatre from Kean to Olivier to Spacey