Lambeth Council has apologised after claims that a Punch and Judy show at a council-run event in Waterloo likened Labour leader Jeremy Corbyn to the devil. 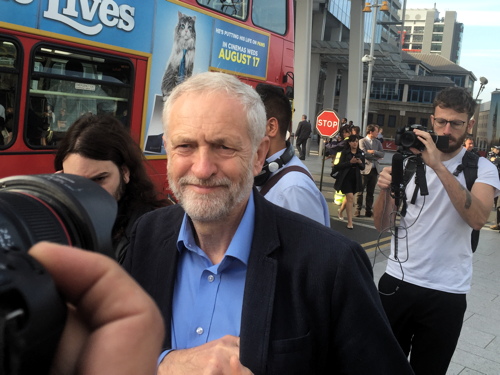 After her husband and son attended Lambeth's Car Free Day event in Waterloo's Cornwall Road on Saturday, comedian Meryl O'Rourke wrote to the council on Twitter: "Can you tell me why my young son came home from the Car Free Day frightened of Jeremy Corbyn because the Punch and Judy man said repeatedly he was the devil?

"Whilst Corbyn and our local MP Chuka Umunna are calling for an end to personal abuse my kids are hearing it from the official children's entertainment at your event."

We contacted Lambeth Council for a response to the claims.

"We've offered our sincerest apologies for the content of the Punch & Judy show," said a council spokesman.

"The opinions reported were entirely his own. We will not be engaging this act in future."