Computer and phone company Apple was interested in sponsoring the Garden Bridge if it could open a retail store on the river crossing, according to Boris Johnson's former deputy mayor. 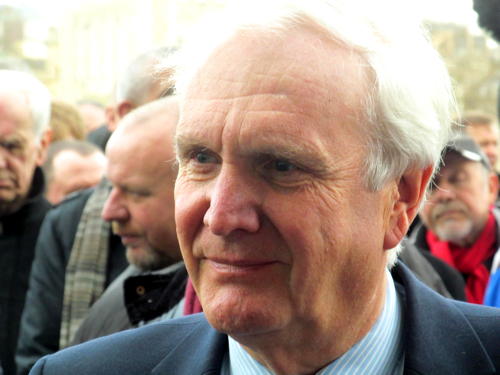 "They had an interest if they could build a retail store on the bridge and that was not going to be acceptable," Sir Edward told Dame Margaret in December 2016.

"Then there was an idea that you could build a retail store on Temple Station ... but it then transpired it wasn't really a possibility."

Sir Edward accompanied Boris Johnson and Isabel Dedring (then deputy mayor for transport) on a 24-hour visit to San Francisco for talks with Apple bosses in January 2013.

The trip – which failed to yield any financial backing for the Garden Bridge – cost London taxpayers around Ł10,000.

Thomas Heatherwick, designer of the Garden Bridge, was already in San Francisco as a guest of Apple design guru Jonathan Ive.

Questioned on the Apple visit by Dame Margaret, Isabel Dedring said: "I think on the particular issue of California, it was all slightly odd anyway but Boris is quite like that."